Italy's Jewish population is one of the oldest in Europe, with a history extending over two thousand years. This luxurious and educational tour focuses on the legacy of the Jewish population permeating Italy's art, architecture, cuisine and history.

Begin in Venice. During flexible private touring, visit ornate synagogues, the Jewish Museum, the ancient Jewish cemeteries on Lido Island and the new and old ghettoes—the word is originally Venetian—first created in the 16th century. Also visit favorite local neighborhoods, museums, architectural landmarks, outdoor markets and specialty shops as desired. During leisure time, you might like to indulge in eclectic Venetian cuisine, discover hidden neighborhoods, and admire the modern masterpieces of the Peggy Guggenheim Collection. Upon request, Artisans of Leisure will arrange dining reservations at top kosher restaurants.

Next, transfer to Florence, the birthplace of the Italian Renaissance. En route, tour Ferrara. Jews have left indelible traces on Ferrara's local arts and literature, such as Giorgio Bassani, who lived in Ferrara and set his novel The Garden of the Finzi-Continis there. Visit the medieval center of town, home to the Museum of Italian Judaism and the Shoah, the old ghetto and three synagogues (two of which are still active). During private touring in Florence, trace the long history of Jews in the city, from at least the 15th century to today. The Medicis welcomed Jews to Florence and extended privileges and freedoms unavailable to them elsewhere in Europe. Visit the former Jewish ghetto, the 19th century Moorish style Tempio Israelitico, and the Jewish Museum. See the medieval Basilica di Santa Croce, famous for its Giotto frescoes and the tombs of Michelangelo, Dante and Galileo. A Jewish architect designed the church's 19th century neo-Gothic facade, working a prominent Star of David into the composition. Perhaps also tour the city’s highlights and enjoy skip-the-line access at world-renowned museums such as the Uffizi and Accademia, browse antiques and artisan workshops of the Oltrarno district, learn about Tuscan cuisine at specialty food shops and the Mercato Centrale, or stroll through the beautiful Boboli Gardens. During free time, enjoy leisurely meals, walks along the Arno River and shopping for Florentine gold jewelry, handmade paper, leather goods, antiques and housewares.

Next, you will be transferred into the heart of Tuscany. During private touring, visit Siena—its Jewish community, though very small now, dates from the 13th century. Browse Siena's shops and tour the old ghetto, the synagogue and the sloped Piazza del Campo. One day, take a half-day excursion to Pitigliano, a town that seems to grow from the tops of steep grey cliffs. "Little Jerusalem," as it is known, maintains its strong Jewish heritage, visible in its synagogue, cemetery and active kosher bakery. During free time at the resort, additional activities can be arranged, such as truffle hunting, a private tour and tasting at a winery, a Tuscan cooking class, guided nature walks and more.

Next, continue by private car with a stop in Orvieto, a small city perched on a cliff in Umbria, en route to Rome. Jews have been living in Rome continuously since the 2nd century B.C.E. and today the Jewish community here is Italy's largest. During comprehensive private touring, discover ancient pagan and Christian monuments, the splendors of Baroque and Renaissance palaces and churches, and the surprising urban additions of the modern city. Tour the Roman Forum and see the Arch of Titus—depicting the Roman conquest of Jerusalem—the monumental synagogue, the ghetto and the Jewish Museum. Other highlights of Rome include the Colosseum, the Pantheon, the Vatican, Saint Peter's Basilica, the Sistine Chapel, Via Veneto, the morning fruit and flower market of Campo dei Fiori, Trevi Fountain, the Spanish Steps, the Jewish Quarter, Villa Borghese, the ruins along the Appian Way, beautiful Aventine Hill, and the catacombs and "Underground Rome." In Piazza Delle Cinque Scole, also known as Piazza Giudea (Jewish Square), you might like to sample dishes cooked alla giudia ("Jewish way"), a style still influential in many local dishes. 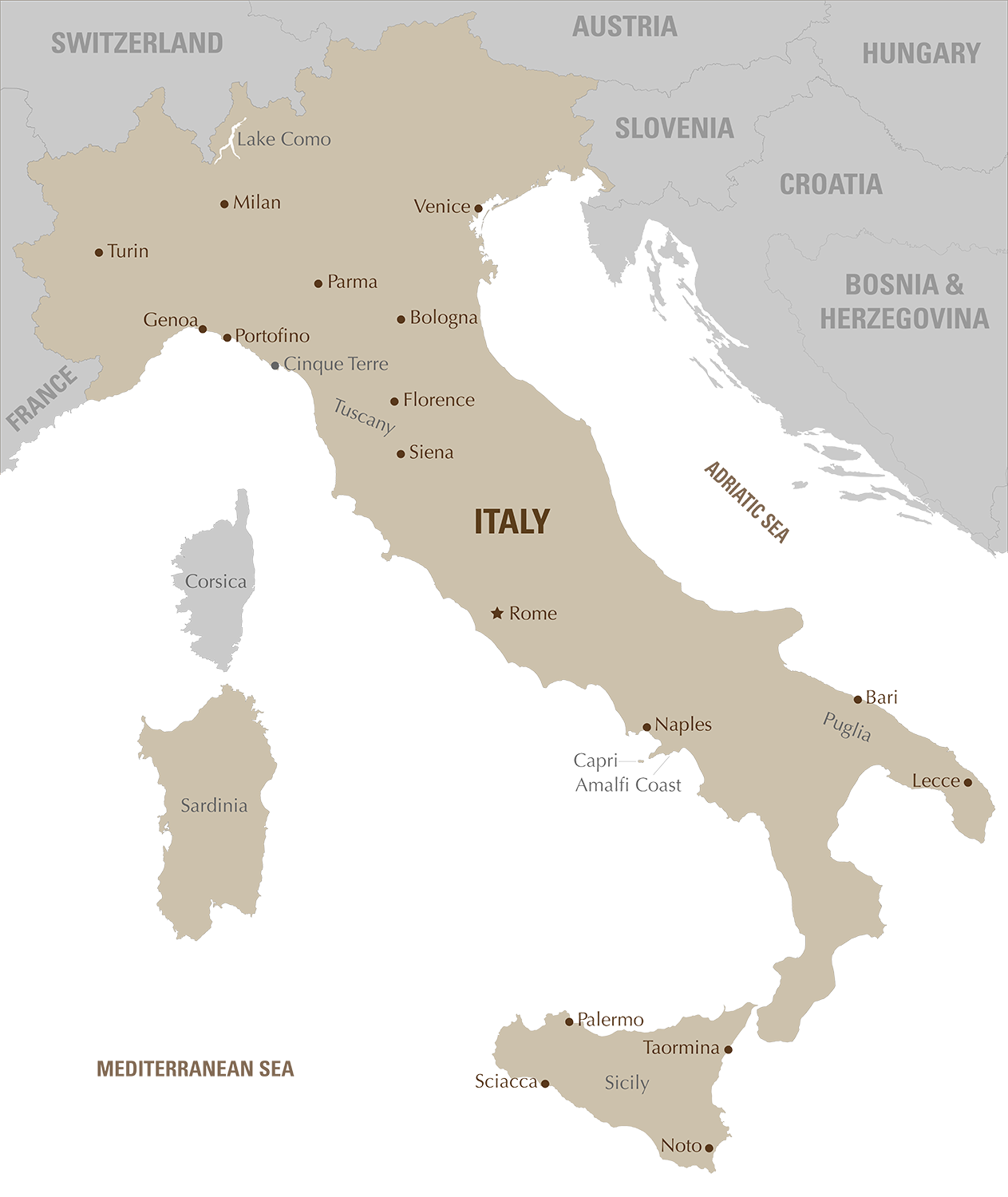 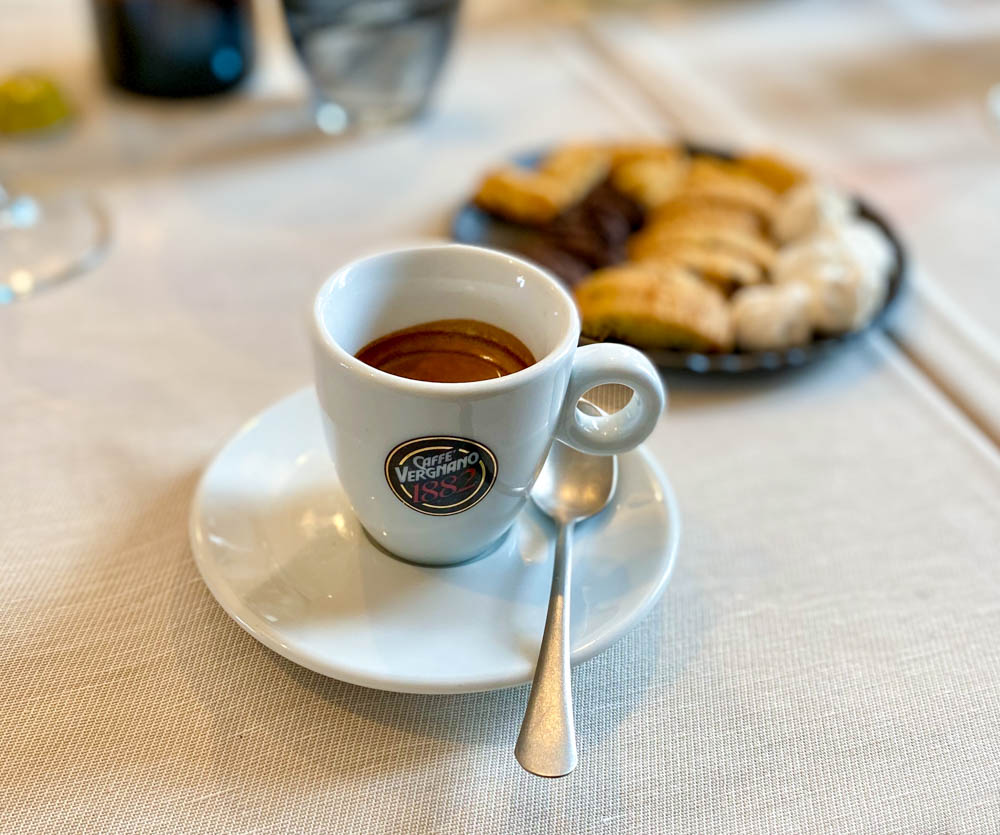 This Italy trip was the trip of a lifetime. The accommodations were wonderful. Your restaurant recommendations were always excellent. We cannot think of anyone but Artisans of Leisure who could have made this trip so marvelous.
~ D.S., Fort Washington, PA

We had experiences and opportunities throughout Italy that we never would have had if we were traveling independently. Our trip was spectacular. Thank you for your excellent planning and insight, and for selecting such lovely, memorable rooms in each hotel.
~ S.G., New York, NY

Thank you for organizing such a wonderful trip to Italy for our family! The knowledgeable guides saved us from standing in lines and expertly maneuvered us through the cities and museums.
~ P.R., Laguna Niguel, CA 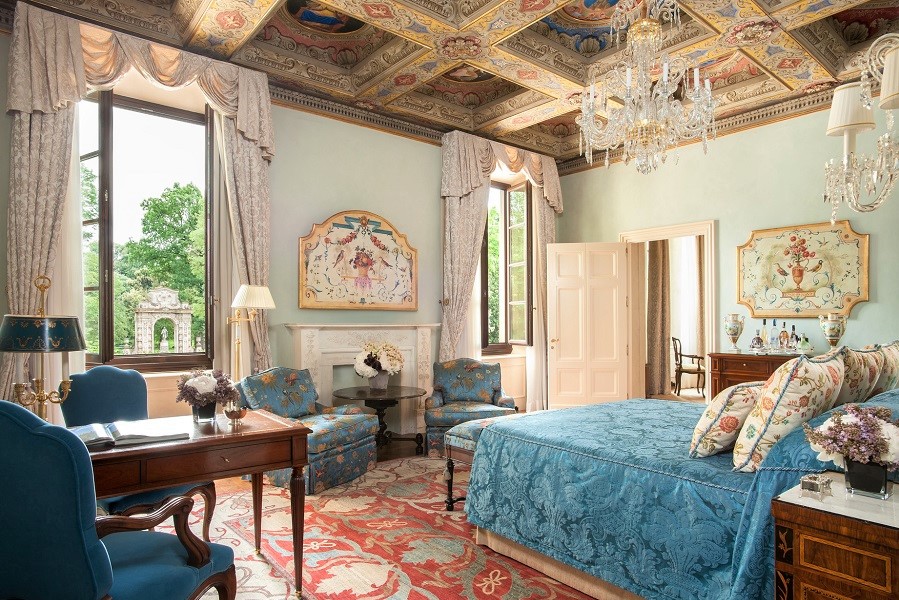 Italy On Our Blog

Traveling with Friends and Family: Luxury Villas at Castiglion del Bosco in Tuscany

Touring & Climbing the Duomo in Florence

Italy: The Best of the Dolomites

An Interview with the Duchess of Palma di Montechiaro, a Cooking Instructor in Palermo, Sicily