Tibet: Experiencing Buddhist Culture on the Roof of the World 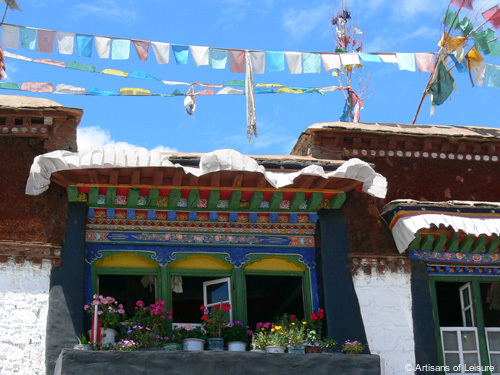 Remote Tibet is a captivating destination where a deeply traditional Buddhist culture thrives amid the rugged beauty of the Himalayas. 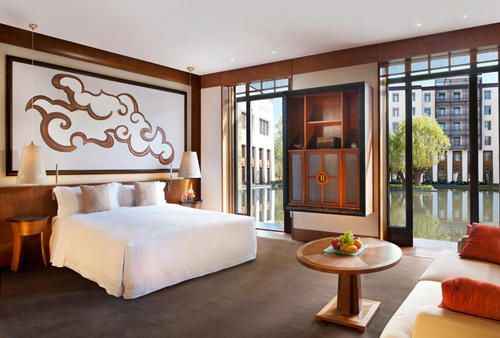 Once a destination primarily for intrepid travelers, Tibet has become more accessible and comfortable in recent years. In fact, our private Tibet tours feature luxury accommodation at the St. Regis Lhasa with the option of having supplemental oxygen in your room to help acclimate to the city’s high elevation. They also feature private touring with local Tibetan guides, a must for visitors wanting to get the most out of this enchanting and deeply religious city. 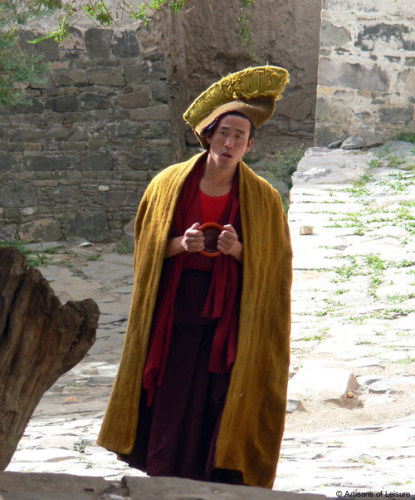 The highlight of Tibet is Lhasa. The ancient religious and political capital, it features imposing Potala Palace, the former home of the Dalai Lama, and lively Jokhang Temple, the spiritual center of Tibetan Buddhism. Both are UNESCO World Heritage Sites filled with incredible energy, art and religious treasures. 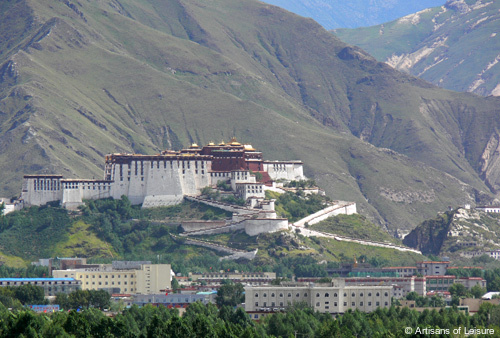 Potala Palace is a red-and-white landmark rising on a hilltop in the center of the city. Among its 1,000 rooms are monastic quarters, ancient temples and the gold-covered tombs of previous Dalai Lamas. Its hilltop location also offers impressive views over Lhasa. 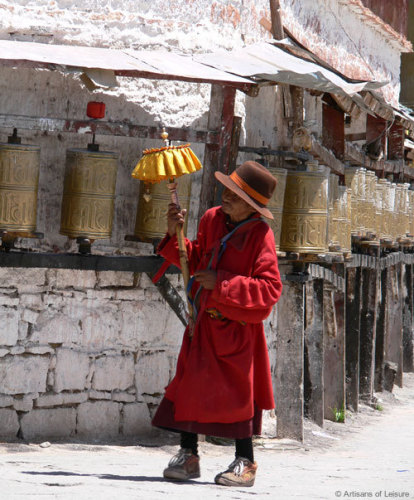 Jokhang Temple is an ancient Tibetan Buddhist holy site that attracts thousands of pilgrims to pray and perform the kora, the sacred circumambulation of the temple. Surrounding the temple is the Barkhor, a bustling market along the path of the kora that is the commercial center of Lhasa. 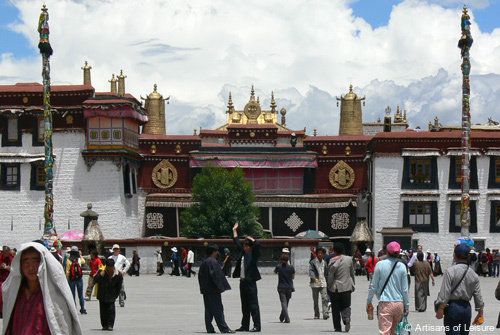 The Barkhor is a fascinating mix of the sacred and the profane, of local flavor and the influence of the West. Pilgrims spin prayer wheels, crimson-robed monks prostrate themselves, and yak-butter lamps flicker with golden light. 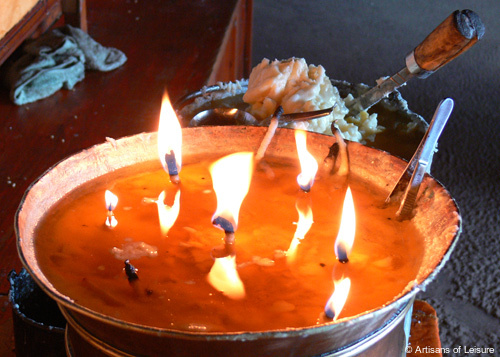 And yet, mandalas hang next to posters of American basketball stars, and colorful prayer flags share space with kitschy T-shirts. This energy and contrast make the Barkhor the best place to enjoy one of the great pleasures of visiting Lhasa: simply watching life go by. 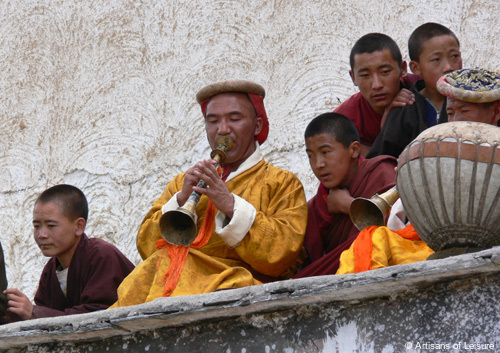 Lhasa also provides an ideal base for excursions to interesting monasteries and landscapes in the surrounding region. One of our favorite private excursions from Lhasa is to Sera Monastery. 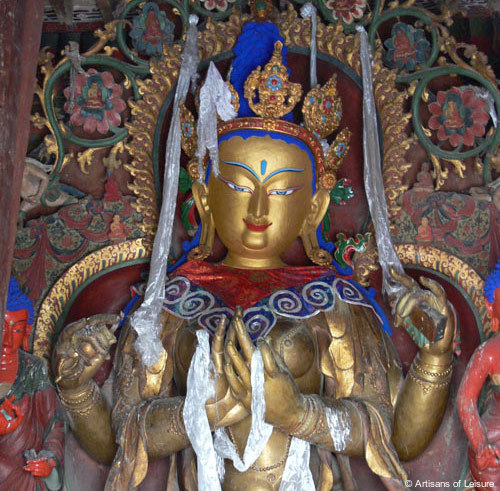 This 28-acre monastery just outside the city is one of the three great monasteries of the Gelugpa (Yellow Hat) sect of Tibetan Buddhism. Since its founding in the 15th century, Sera has been an important center of learning. 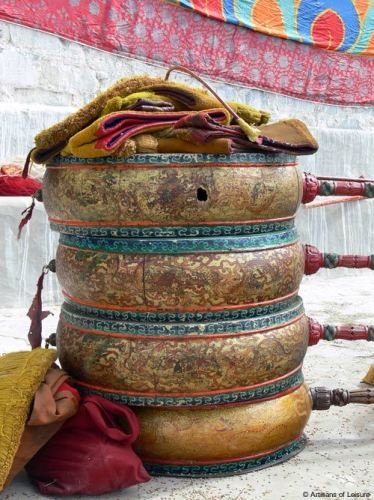 Artisans of Leisure can arrange a private tour of the monastery, including an opportunity to watch the famous debating monks. Gathered in a large courtyard, the monks use a variety of emphatic gestures, including clapping hands, plucking prayer beads and, occasionally, shoving to debate the finer theological points of Buddhist scriptures. 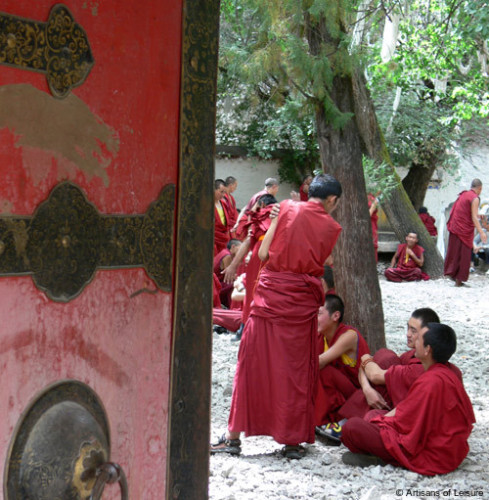 The debates are intended to facilitate a better understanding of Buddhist precepts, and each gesture has a clearly defined significance and meaning. 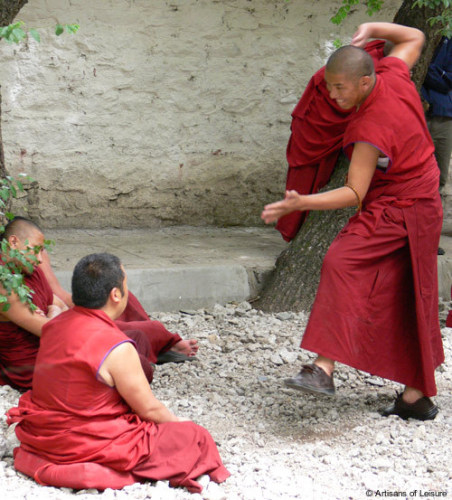 Debates are often followed by lectures in the Tsokchen, the Great Assembly Hall. Dating from 1710, the Tsokchen is filled with beautiful religious statues and images, including brightly appliqued thangkas that hang from the ceiling. 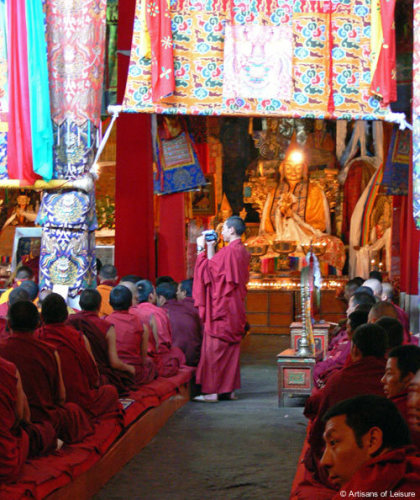 Despite the deeply held traditions of Sera Monastery, you might see a few vestiges of the modern world, such as this monk videotaping the lecture, presumably to preserve the teacher’s words for posterity. 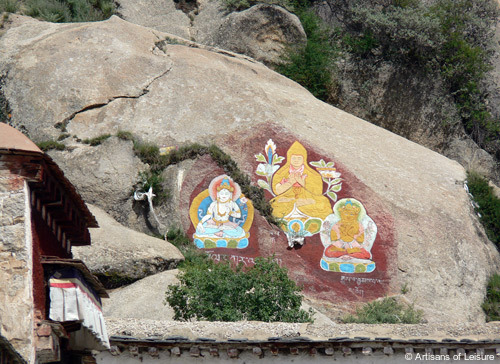 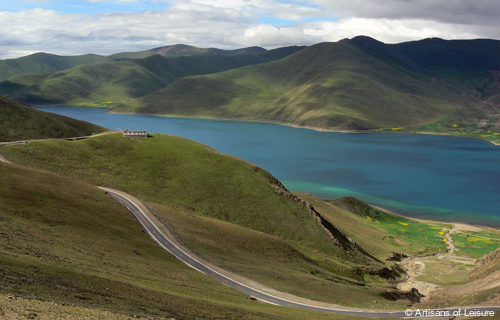 Our private Tibet tours can easily be combined with more extensive tours in China, India, Bhutan or Nepal.