Photos from Our Travelers: A Private Japan Tour

An Artisans of Leisure traveler has generously shared images from his recent  private Japan tour, including highlights of Tokyo, Kyoto, Nara, Himeji Castle and Hakone.

“I saw the art of old Japan as one of focus. A tea house has only a few windows, and those windows are designed to provide a very select view. Think of it as a TV with a single channel.”

“The bamboo forest in Kyoto is a beautiful example of the focus principal. Without the fence, the verticalness of the bamboo would draw your sight off the path. The fence has no other purpose.” 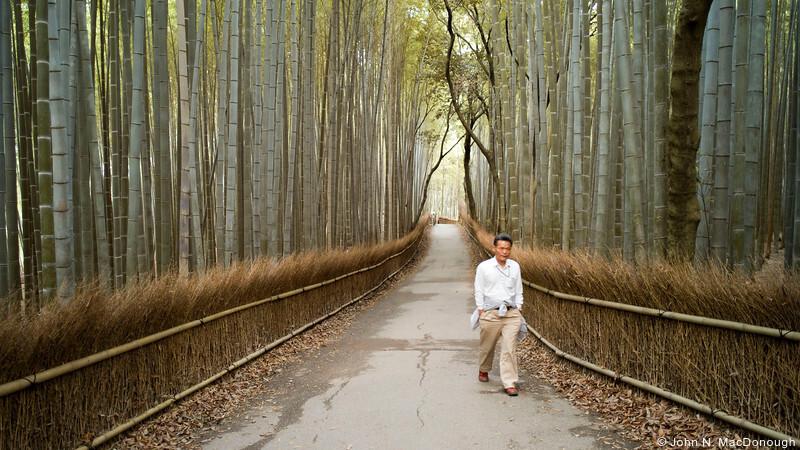 “This tearoom at Katsura Rikyu Imperial Villa, Kyoto, is just one of many such spaces in this incredible garden. It is unusual in that there are so many windows and doors, but if you saw the gardens, you would realize there are multiple directions to pay attention. Most such rooms are very simple and devoid of decoration, so as not to overwhelm the view. This with its checkerboard panels is unique.” 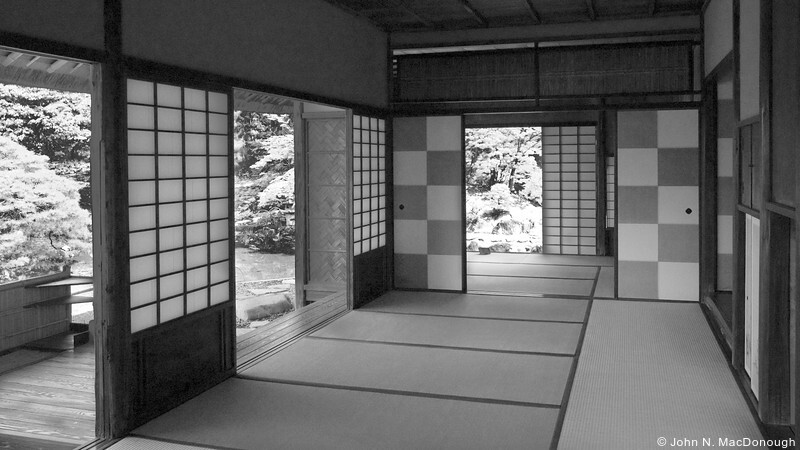 “Katsura Rikyu Imperial Villa, Kyoto. There are so many incredible views within this garden, I felt that even good photography could not approach doing it justice.” 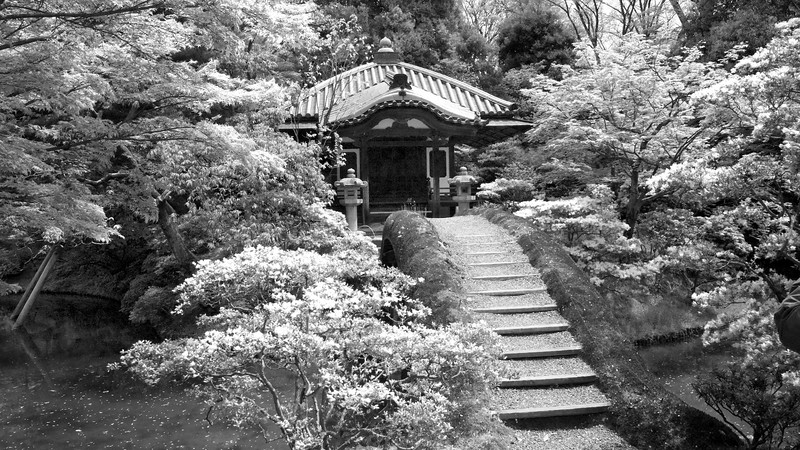 “A heron at Katsura Rikyu.” 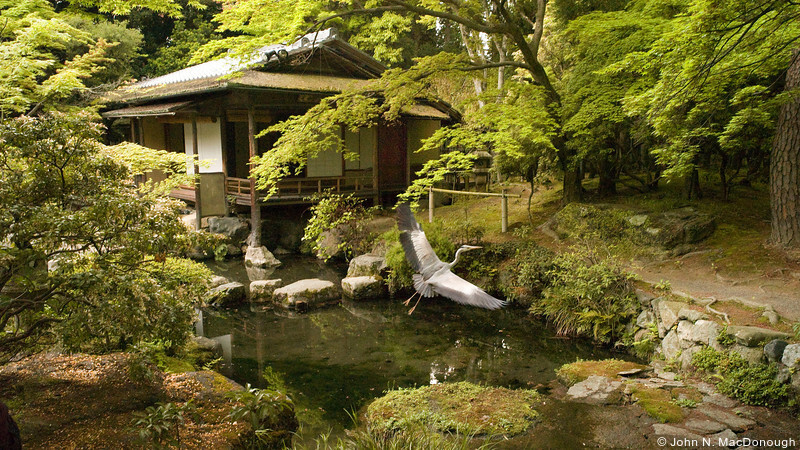 “Lanterns in Nara. The even older city of Nara uses lanterns to create paths.” 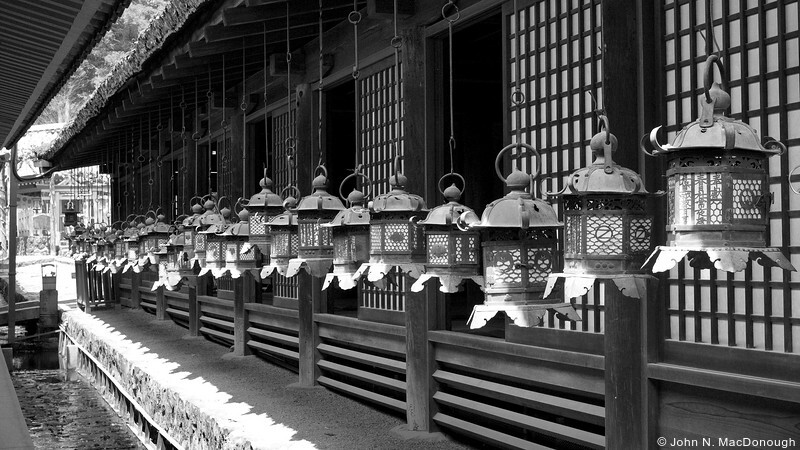 “In the Moss Garden in Kyoto, the simplicity of a garden comprised of many kinds of moss allows one to see the shapes of trees that might have been overlooked if the garden had flowers.” 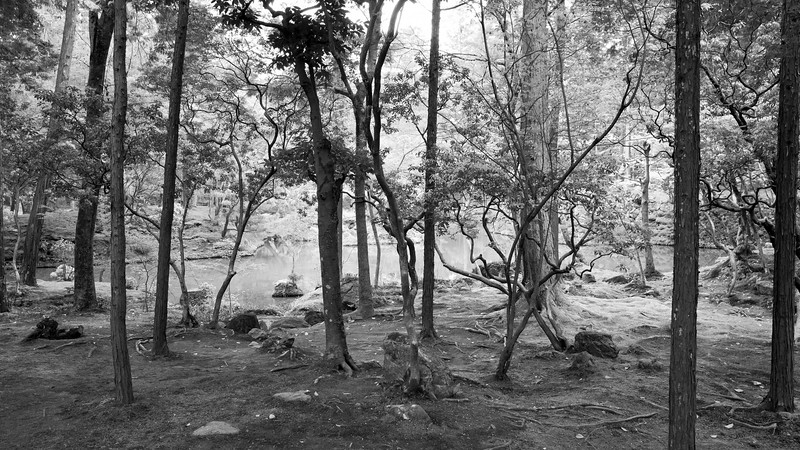 “The Moss Garden, Kyoto. Not just moss, water too.” 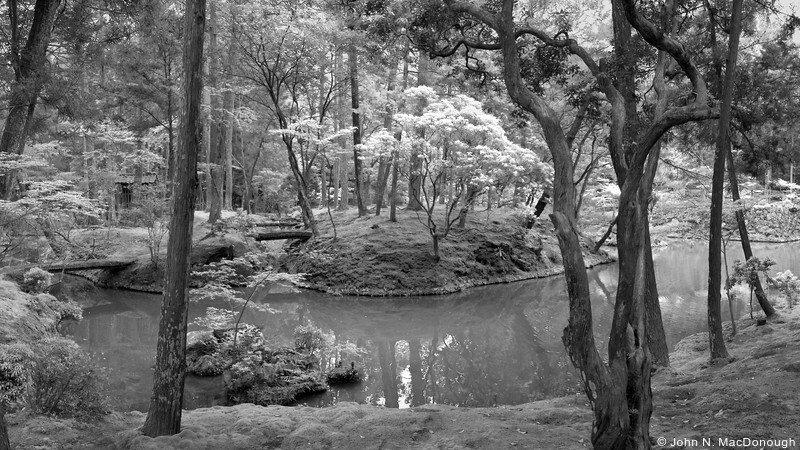 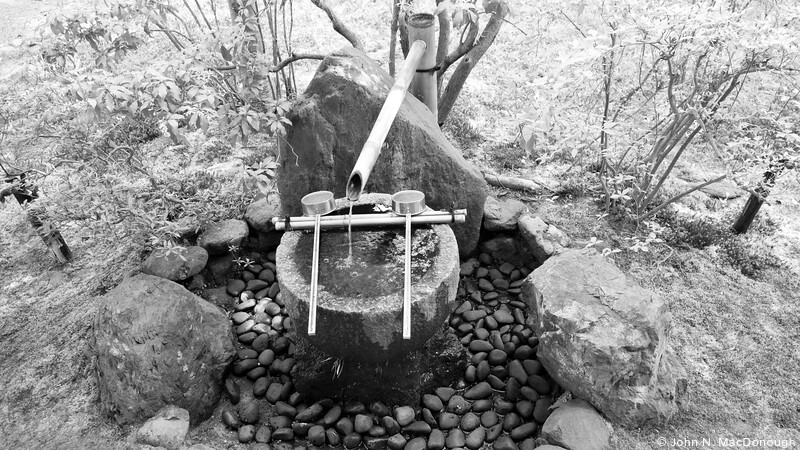 “The Golden Temple in Kyoto is golden.” 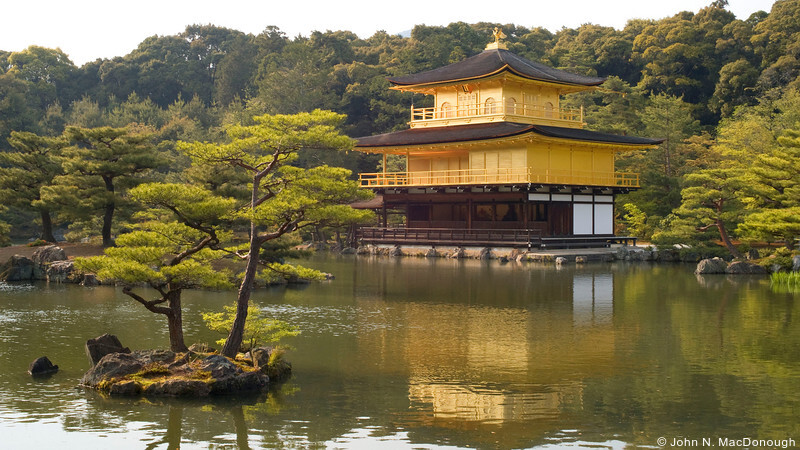 “Torii gates mark the entrance to Shinto shrines. At this shrine in Kyoto, there are two and a half miles of gates creating a path, individually ‘sponsored’ by families. Quite an example of a focused path.” 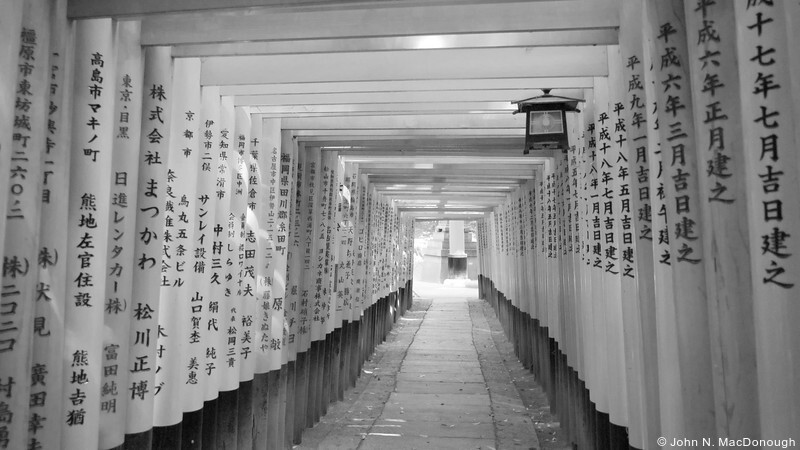 “The Hyatt Regency Kyoto’s lobby. Designed by Takashi Sugimoto of Super Potato Design. He is using the old culture in modern ways.” 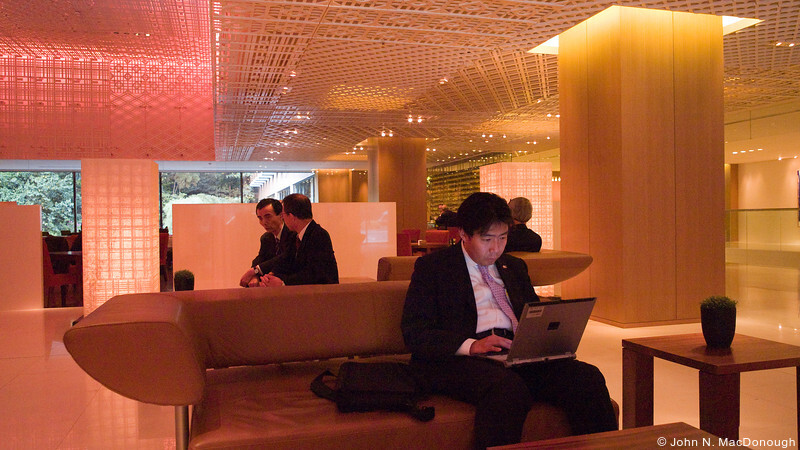 “The bar in the Hyatt Regency Kyoto. As moody as this photograph is, the actual scene is even more fantastic.” 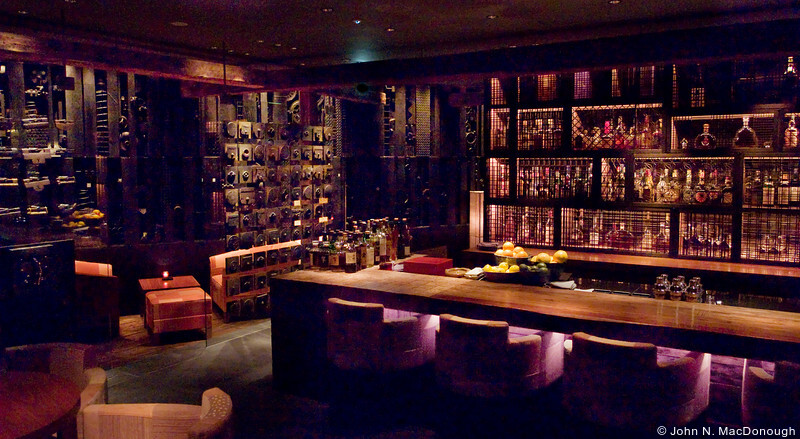 “Himeji-jo, also known as White Heron Castle. It withstood attack for 400 years because no one dared attack. Who would?” 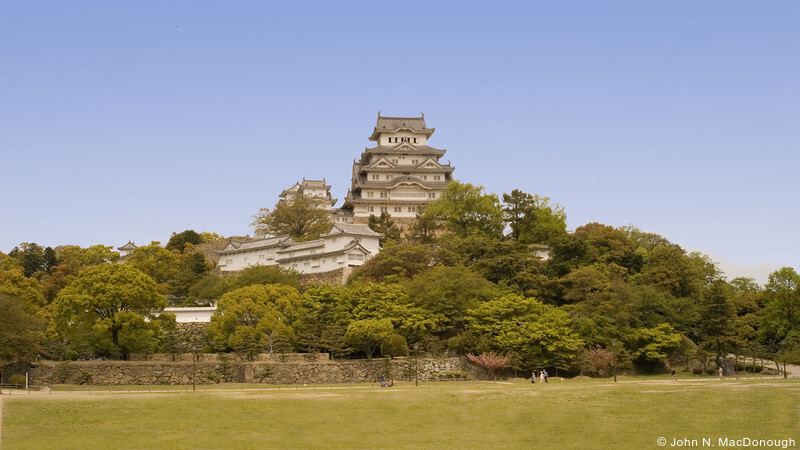 “Tokyo as seen from atop Tokyo Tower.” 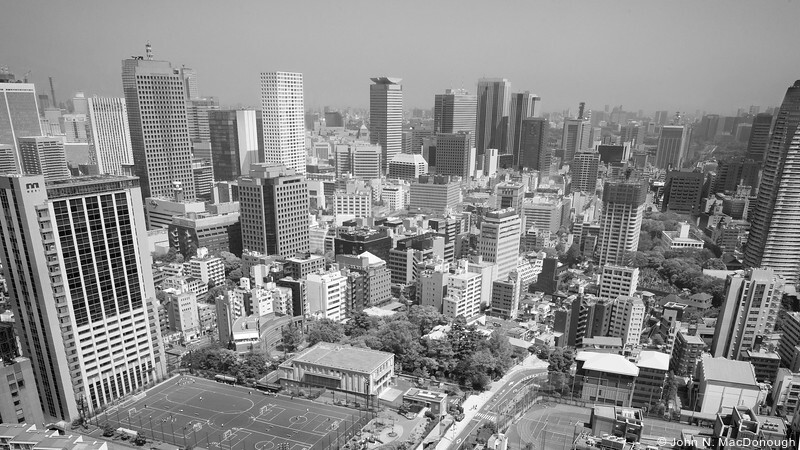 “Midtown, Tokyo. This new 2007 development could be its own slide show. The kids in the sculpture allowed a different focus than on the real estate. The development encompasses old culture in a modern execution. Only with this development do we see Tokyo embracing themes seen in the old Kyoto. Most of Tokyo is more influenced by the West.” 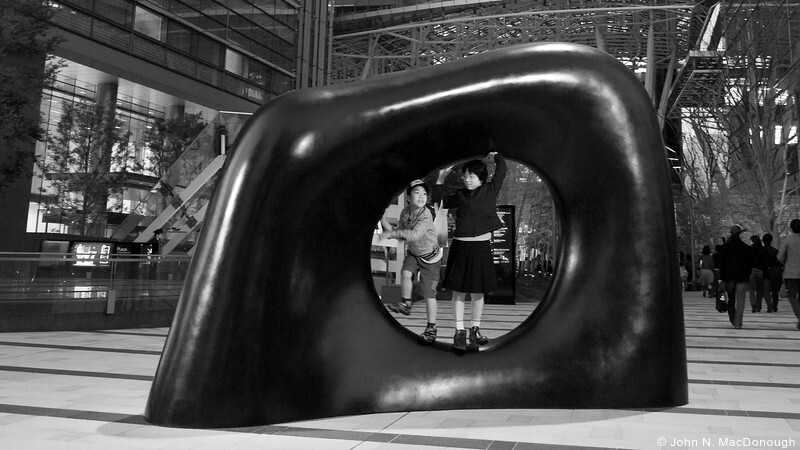 “Parallel spoons in a parallel country.” 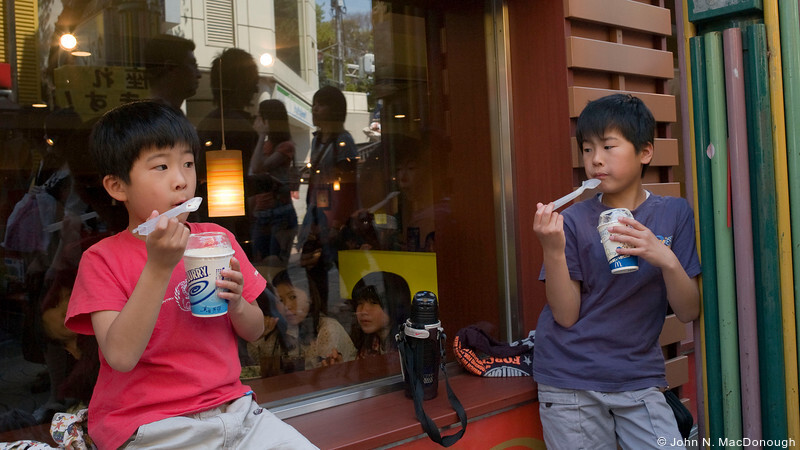 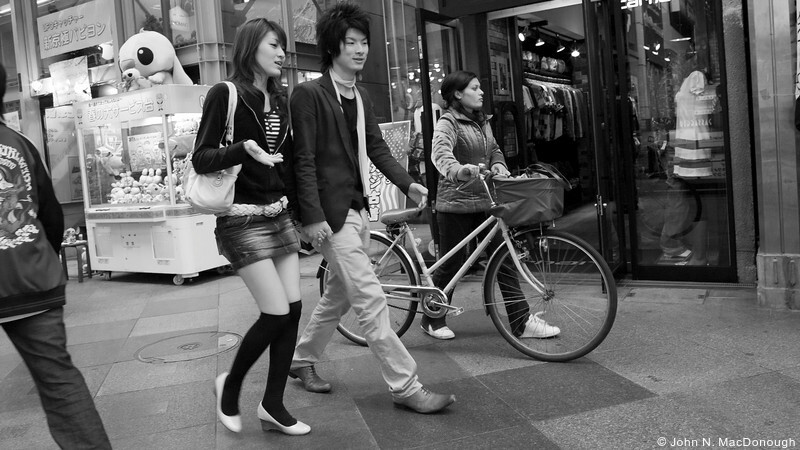 “Allergy masks can be a fashion statement too.” 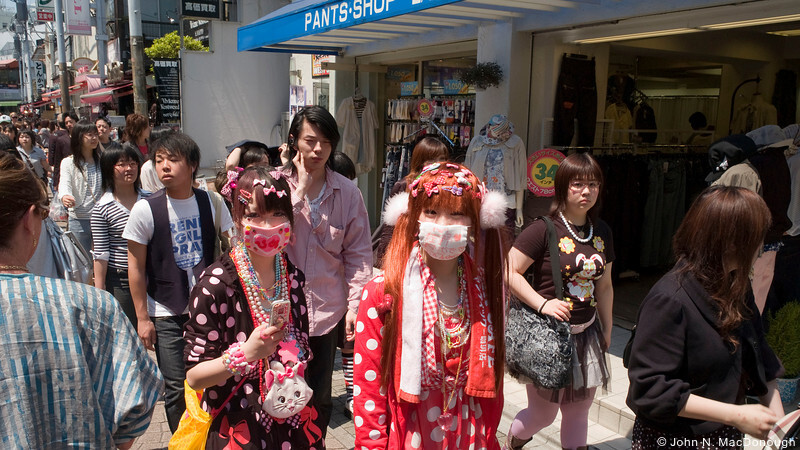 “The bar at the Park Hyatt Tokyo.” 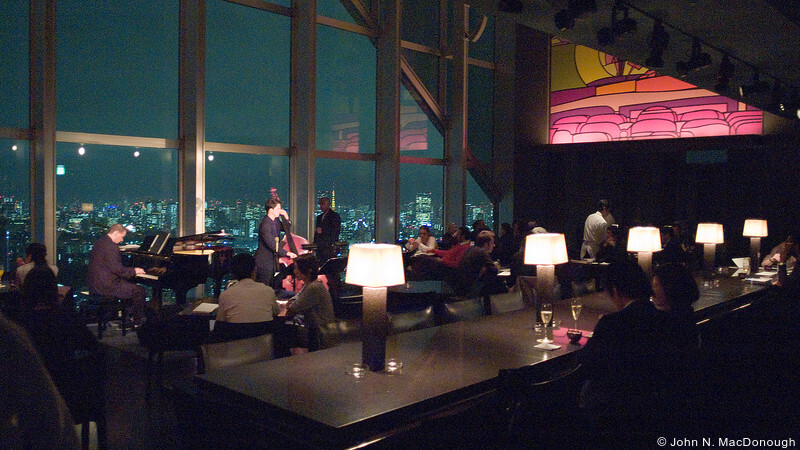 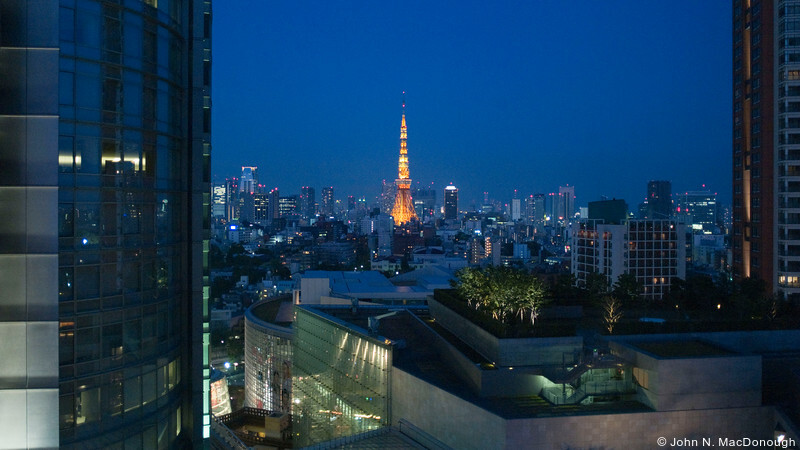 “Night at Gora Kadan, Hakone. This is not your ordinary traditional Japanese inn. The views are not ordinary either.” 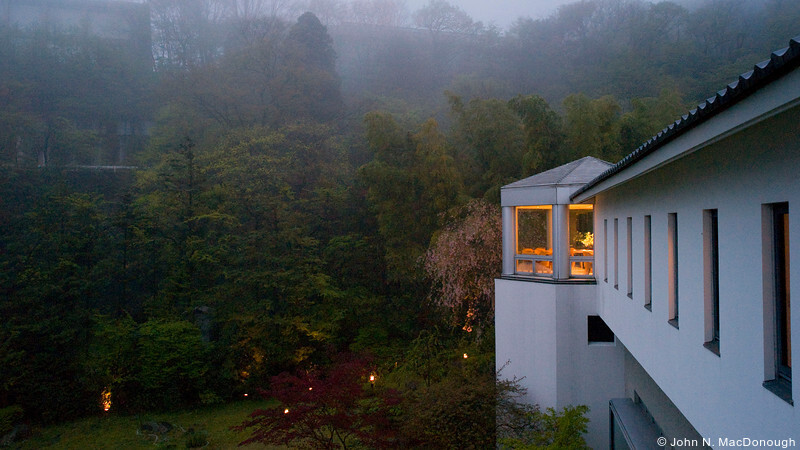 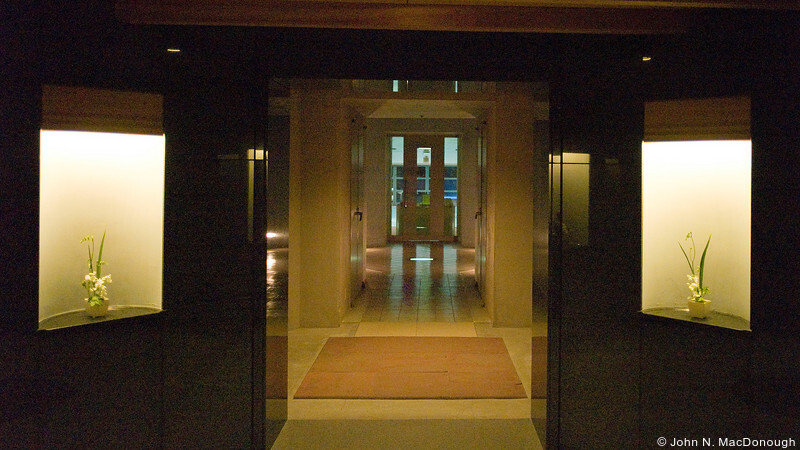 “The Gora Kadan’s pool is inside the glass block roof.” 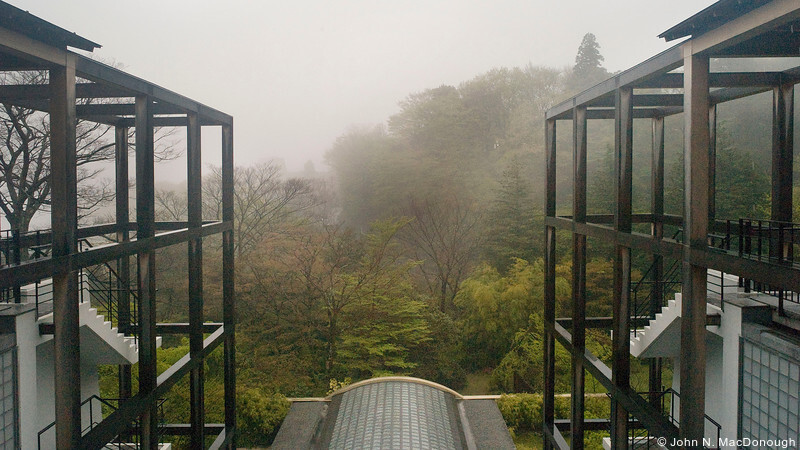 “While the pool is indoors, the far glass wall opens fully to the outside.” 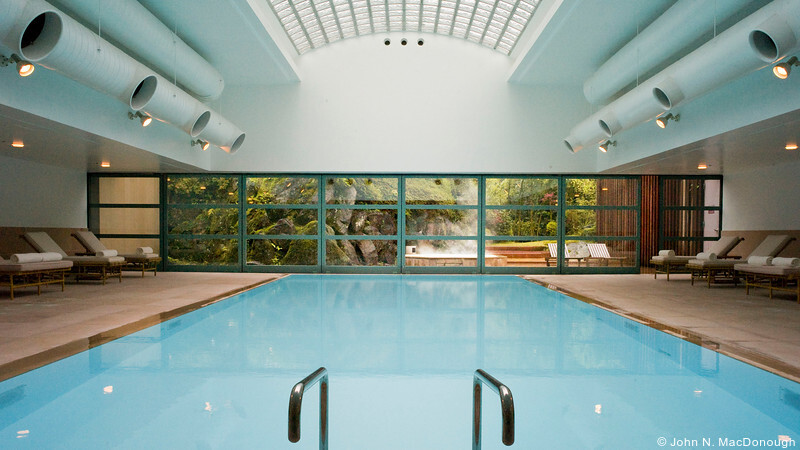 “Another view from the Gora Kadan.” 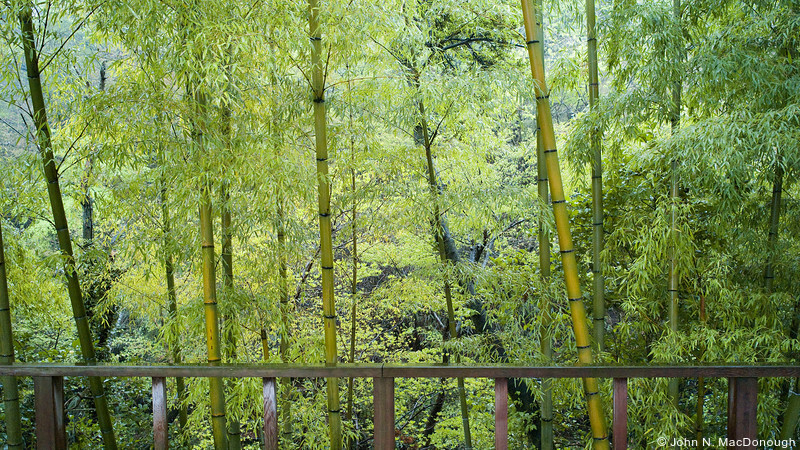