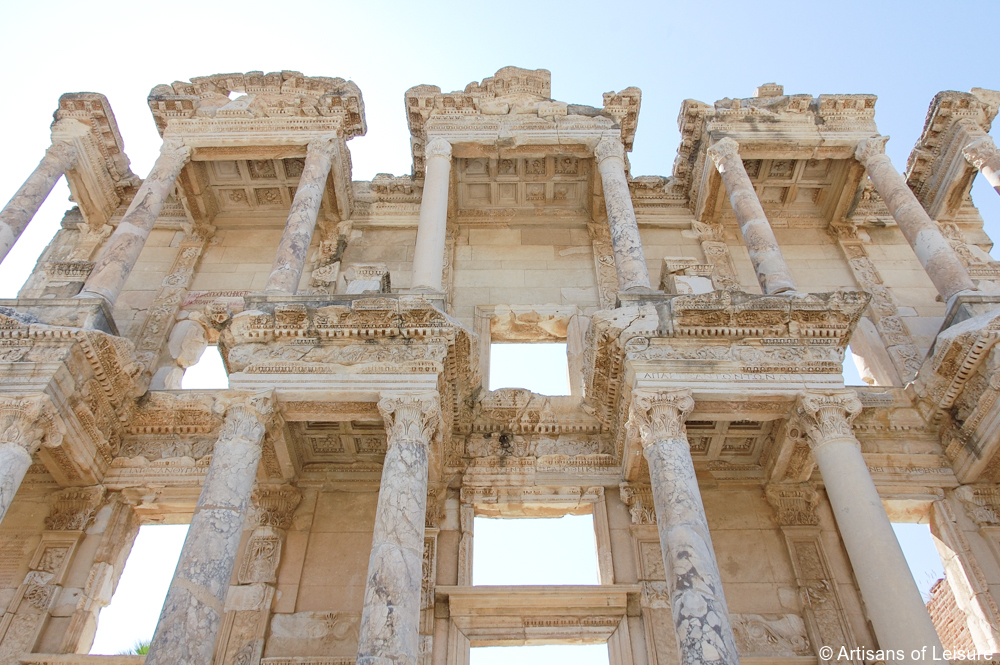 Ephesus, Turkey, is a spectacular archaeological complex filled with the ruins of successive ancient Greek and Roman cities.

An important port and trading center on the edge of the Aegean Sea, Ephesus became one of the largest and most populous cities in the ancient world by the first century A.D. Ephesus was also important in spreading Christianity through the efforts of the Christian saints Paul and John, who visited the city.

The vast UNESCO World Heritage Site offers visitors a glimpse of life in an ancient city through its well-preserved public works, places of worship and residences. 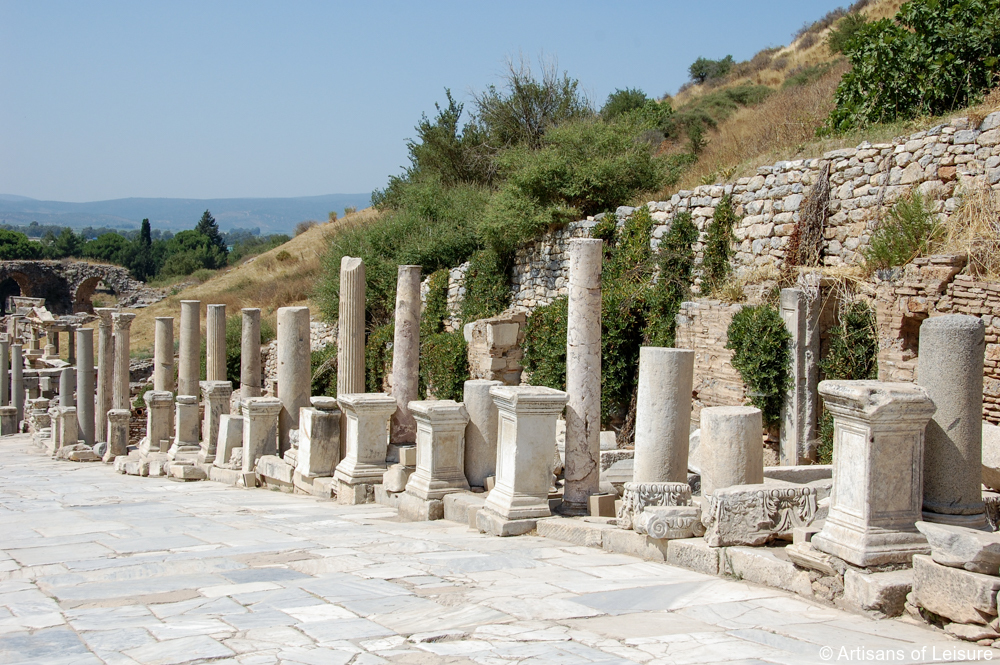 History enthusiasts will also appreciate walking in the footsteps of the many historical figures who have passed through Ephesus over the centuries, including Alexander the Great, Marc Antony and Cleopatra. 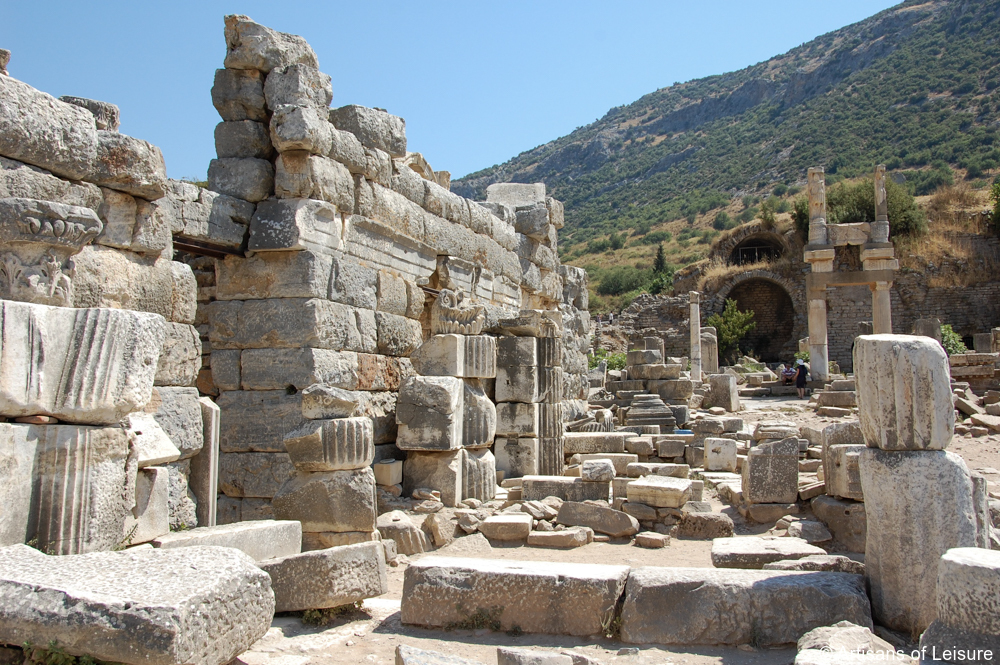 Our private Ephesus tours feature highlights such as:

1. The Library of Celsus

Dating from the second  century A.D., the elegant two-story facade of the Celsus Library is one of the most iconic sights at Ephesus. The library once held thousands of scrolls in wall niches. In its time, it was surpassed in size only by the libraries at Alexandria and Pergamum. 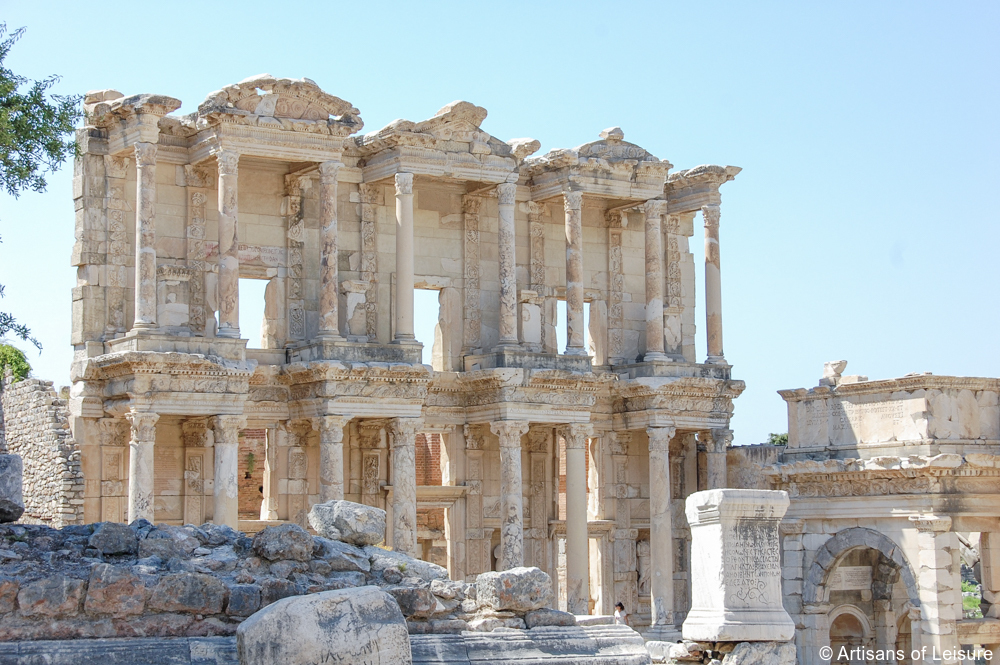 The library’s Corinthian columns have been designed to create the illusion that the building is larger than it is. 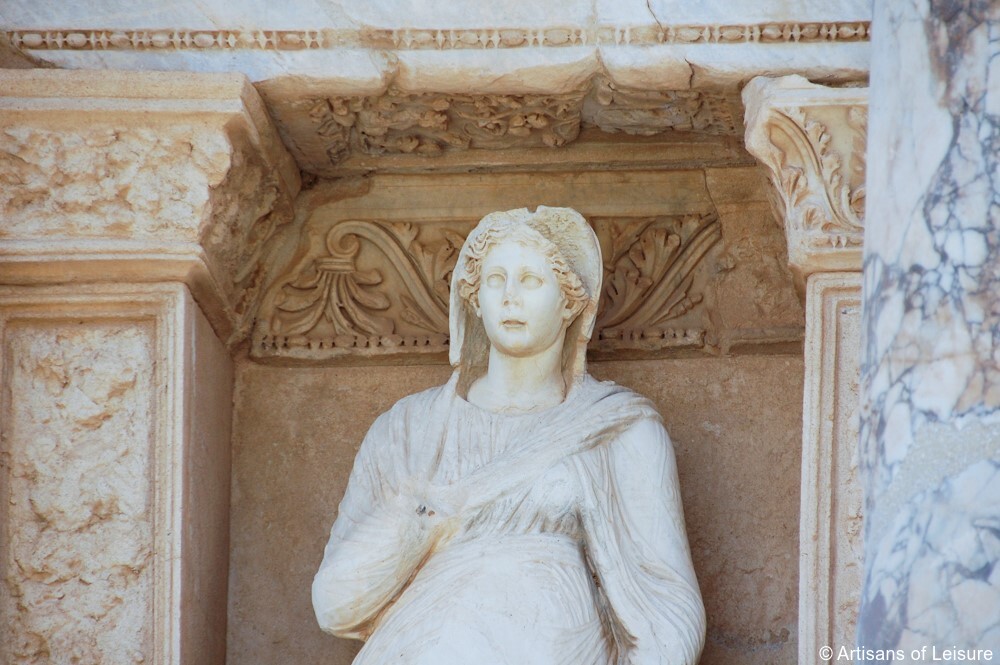 The complex of well-preserved Terrace Houses offers a fascinating window into the domestic life of the wealthy Romans who lived with luxuries such as heating and hot water. 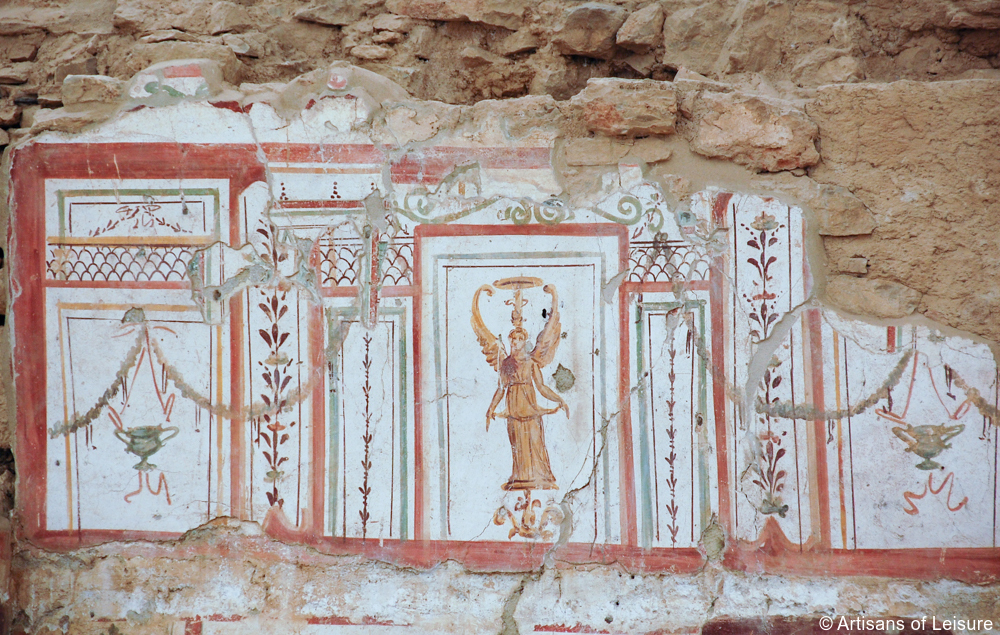 Artisans of Leisure’s Ephesus tours include a privately guided tour of the Terrace Houses to see restoration work on the ancient frescoes, mosaic floors and marble paneling. 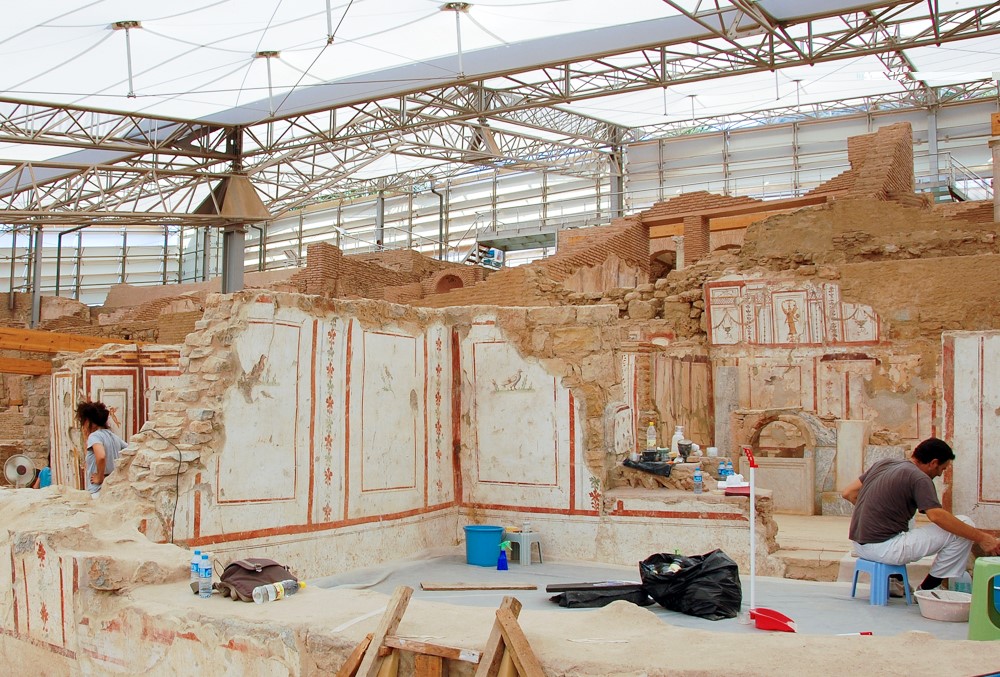 One of the main thoroughfares in ancient Ephesus, this marble-paved street that leads from the Gate of Hercules to the Celsus Library was once lined with porticoes, statues, fountains, shops and houses. 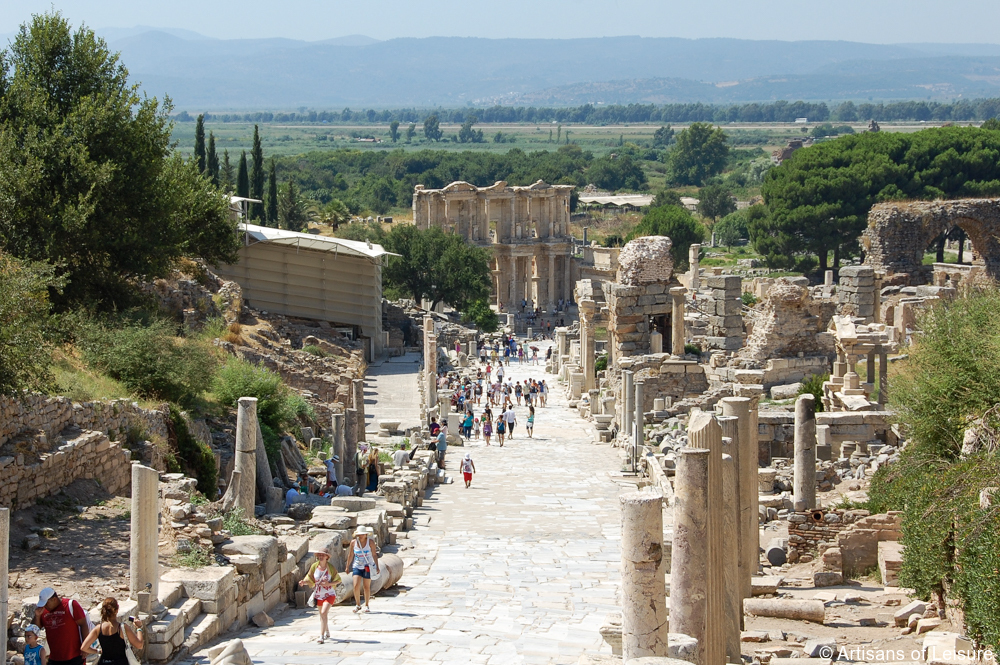 Scholars are unsure of the exact purpose of this structure completed in the second century A.D., but it is believed to have been dedicated to the Emperor Hadrian and the goddess Artemis. 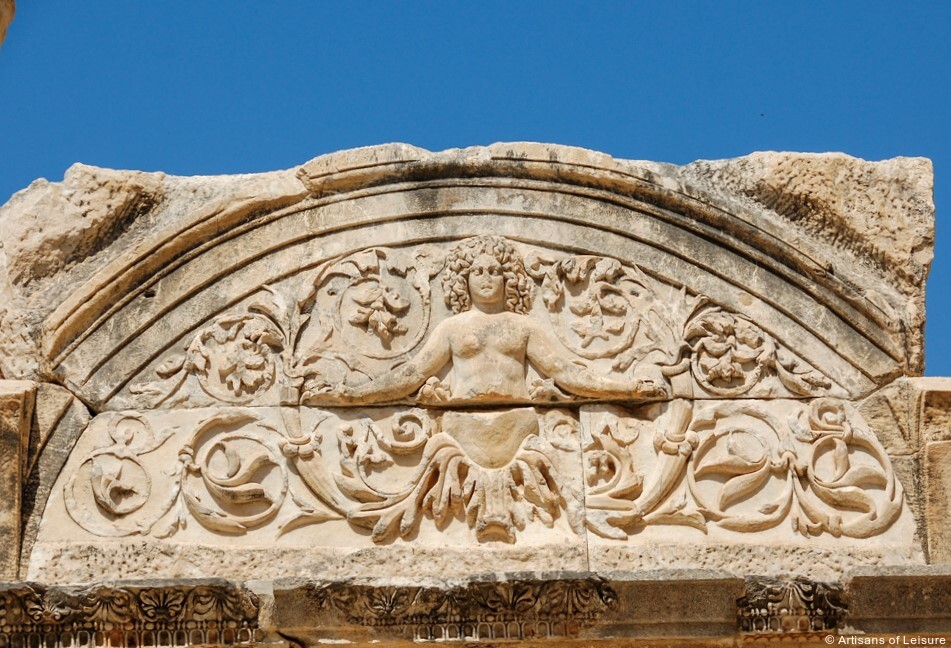 The graceful facade is supported by Corinthian columns and adorned with ornate relief sculptures. (The original sculptures are preserved and exhibited in the nearby Ephesus Museum.) 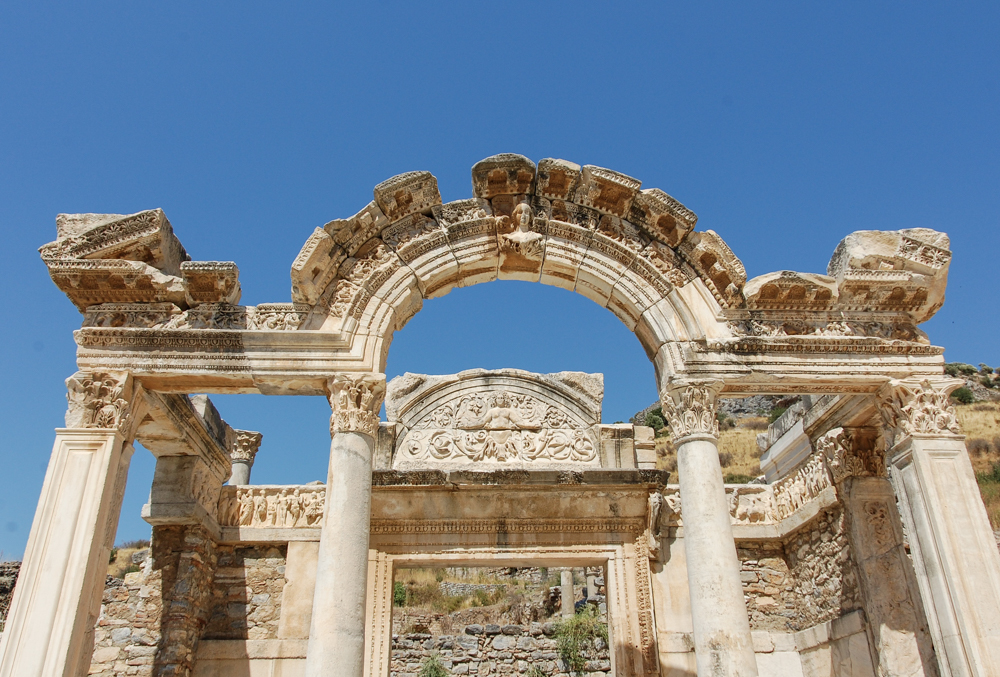 Estimated to accommodate 25,000 spectators, the impressive marble theater at Ephesus is one of the largest in the ancient world. Constructed in the third century B.C. and enlarged in the second century A.D., the theater combines both Hellenistic and Roman designs. The Ephesians used the theater for performances, gladiator combat and philosophical discussions, though in more recent days it has been used for concerts by artists such as Pavarotti, Ray Charles and Elton John. 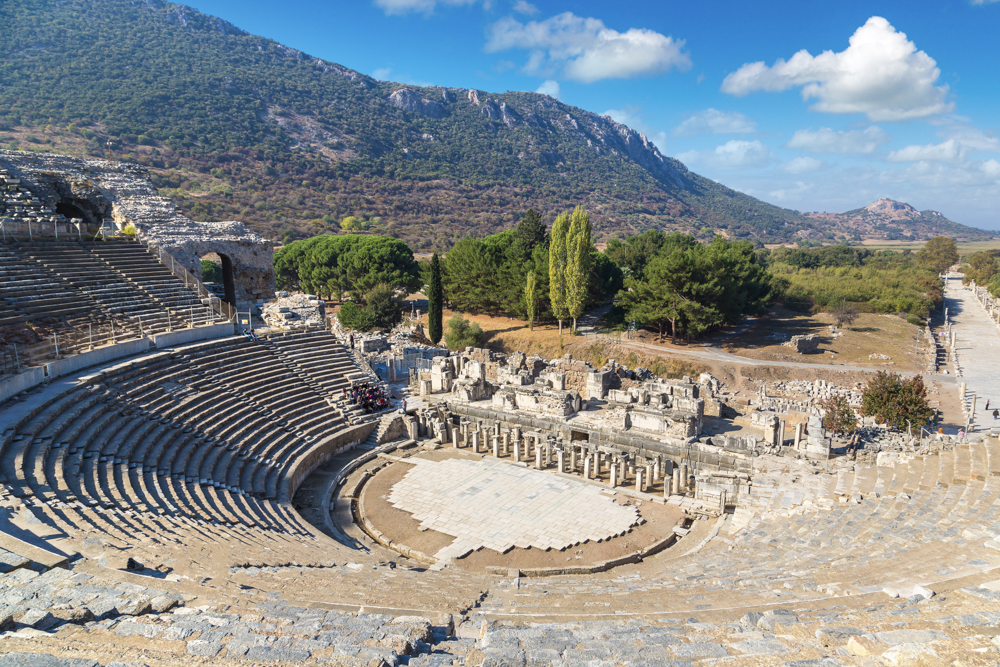 The Christian saints John and Paul visited Ephesus, and Ephesians, a New Testament book, may have been written by Paul as a letter to the local citizens. Also, according to legend, Mary, the mother of Jesus, spent her final years in Ephesus. 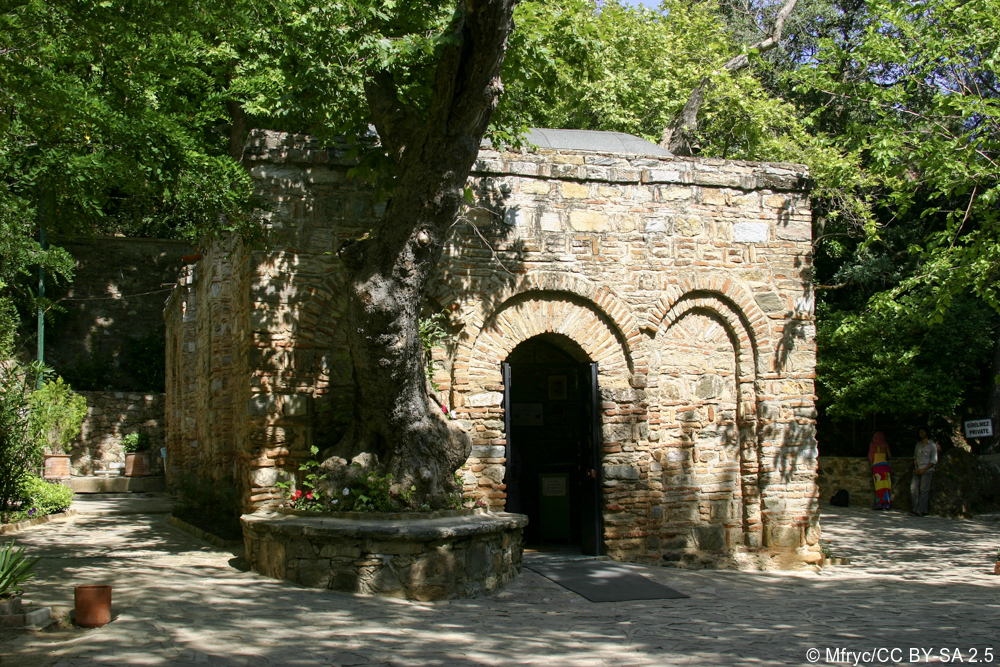 Many of our travelers enjoy visiting the nearby Basilica of St. John, believed to be constructed over the saint’s burial place and a historic pilgrimage destination for Christians; the House of the Virgin Mary, believed to be where the mother of Jesus lived at the end of her life; and the Grotto of the Seven Sleepers, ancient catacombs imbued with medieval legends.

Beyond these highlights, Ephesus has many additional places that reveal much about the people who once lived there, such as the Fountain of Trajan and the ancient public toilets. We also take our travelers to the Ephesus Museum, where important artifacts are preserved, 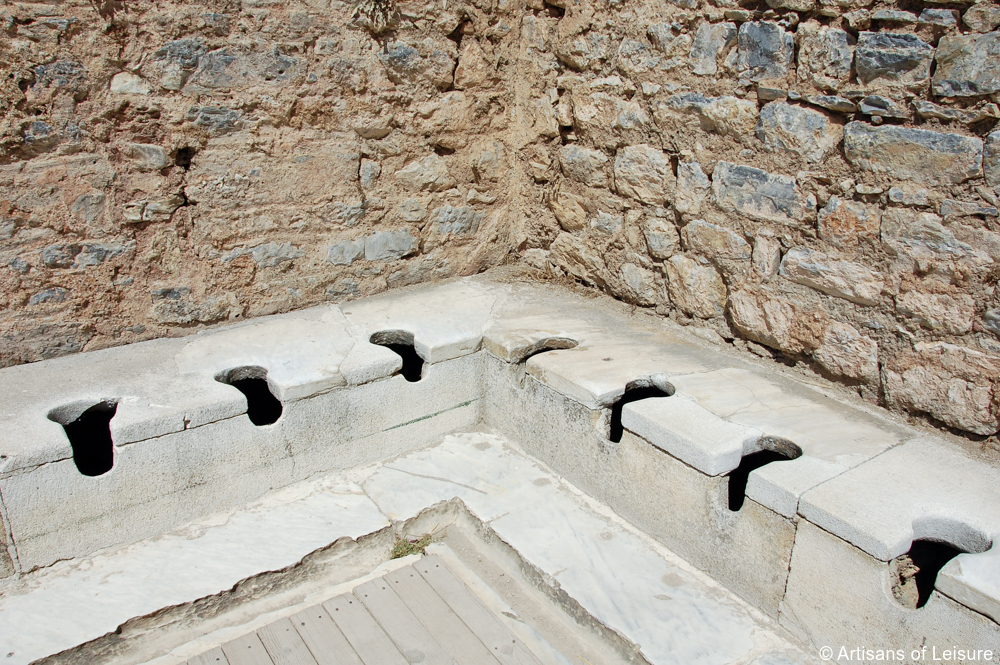 Artisans of Leisure arranges private, expert-led tours of the highlights of  Ephesus as part of our private Turkey tours. We also arrange touring of other notable archaeological and UNESCO sites in Turkey such as Pergamum, Aphrodisias, Termessos and Cappadocia. 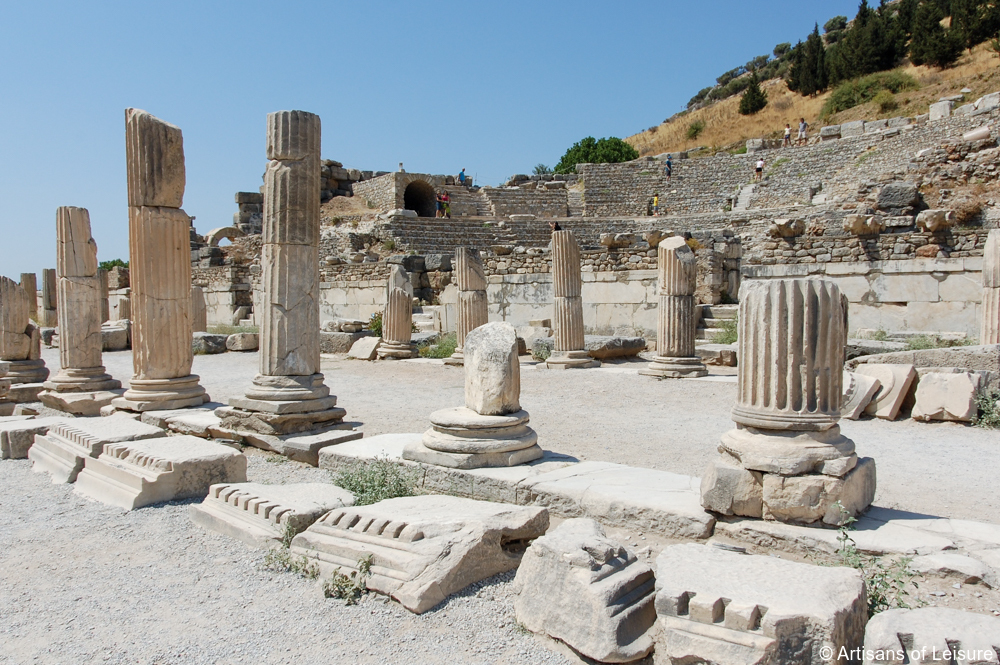