Jerash is among the best-preserved ancient Roman cities in the Middle East. Visiting the sprawling archaeological site north of Amman is a cultural highlight of a private Jordan tour.

Forested hills, a year-round water supply and a mild climate have attracted inhabitants to the Jerash region since the Neolithic period.

Scholars speculate that a Hellenistic city was established here by around the second century B.C. 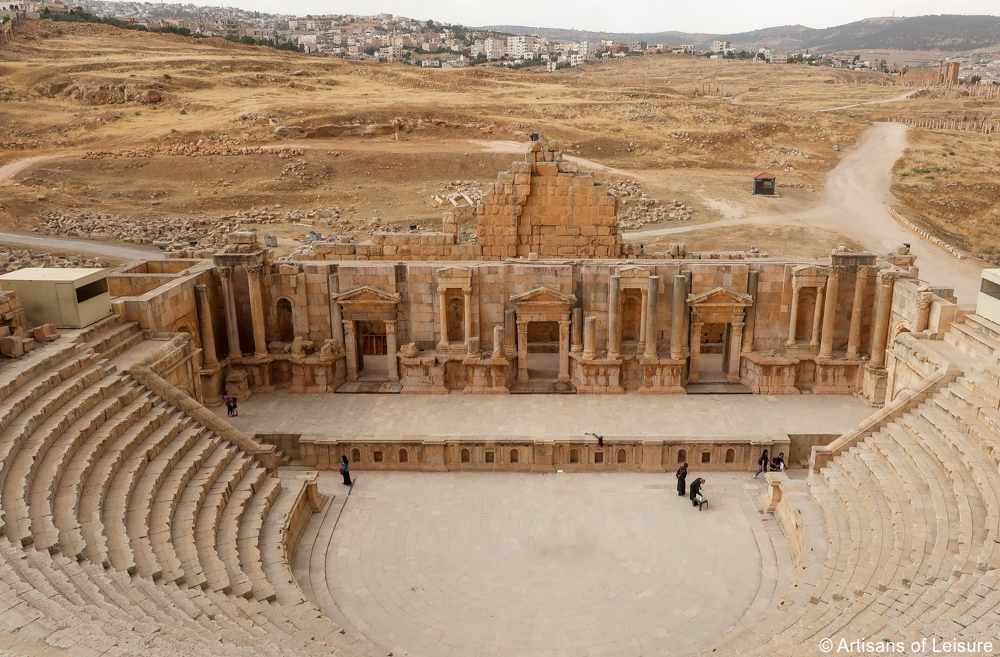 The Romans conquered Jerash in 63 B.C., initiating a golden age for the city. It became a member of the Decapolis, a confederation of 10 Roman cities in the region that also included Philadelphia (present-day Amman) and Gadara (present-day Umm Qais).

Farming, mining and especially trade helped Jerash flourish during the period. Important trade routes connected Jerash to Petra and the Red Sea to the south, Damascus to the north and the Mediterranean Sea to the west. 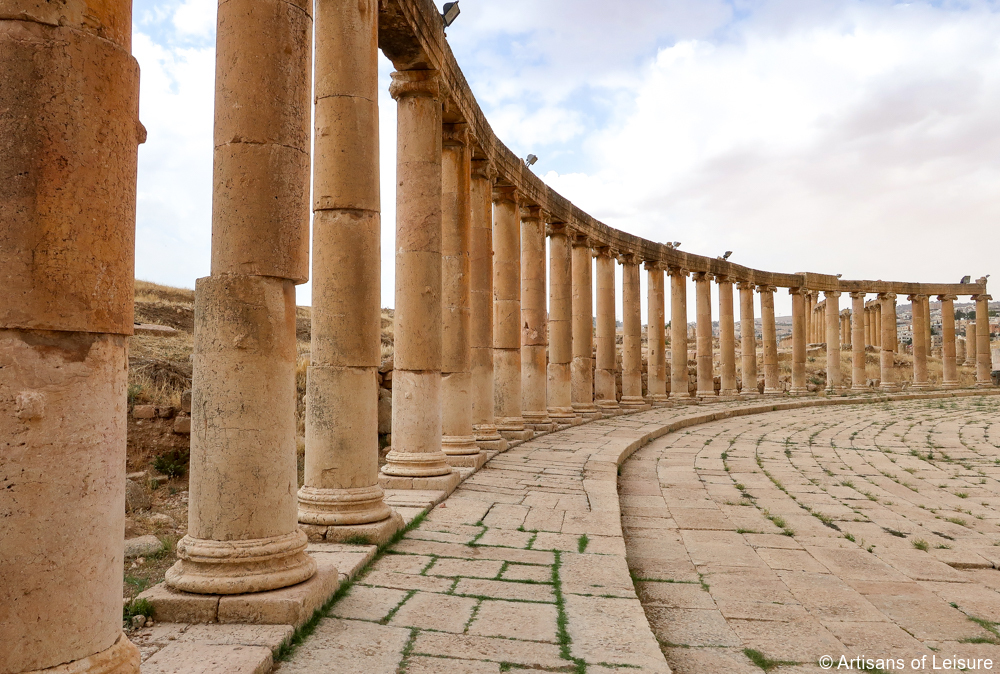 The stone-paved Cardo Maximus (main street) runs a half mile (800 m) from the iconic Oval Plaza through the heart of ancient Jerash to the North Gate. 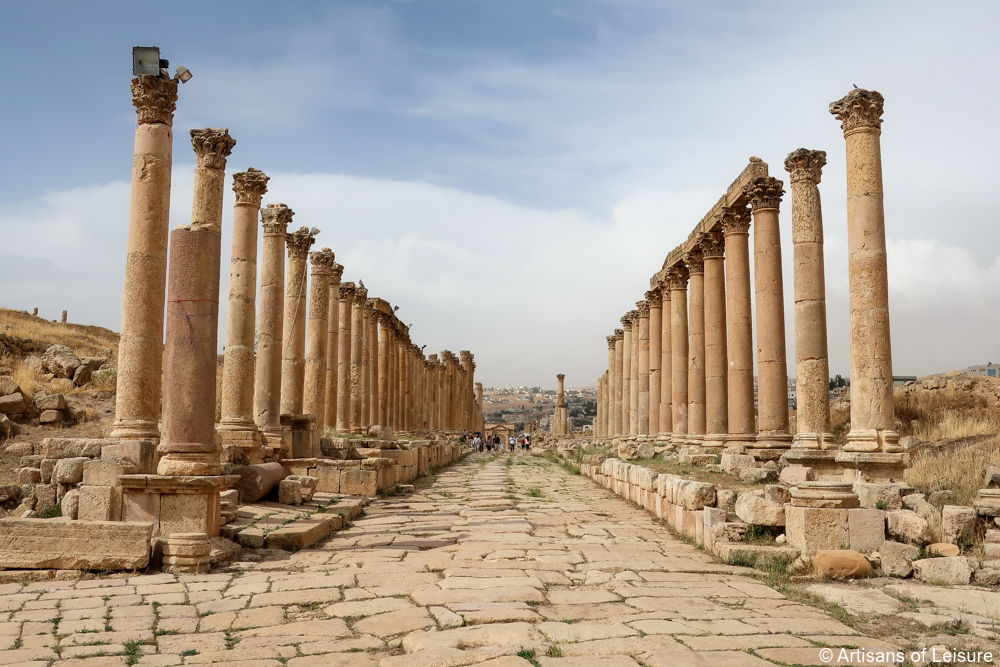 Stone columns and the remnants of two-story shops line the Cardo, giving an idea of how impressive Jerash must have once been. 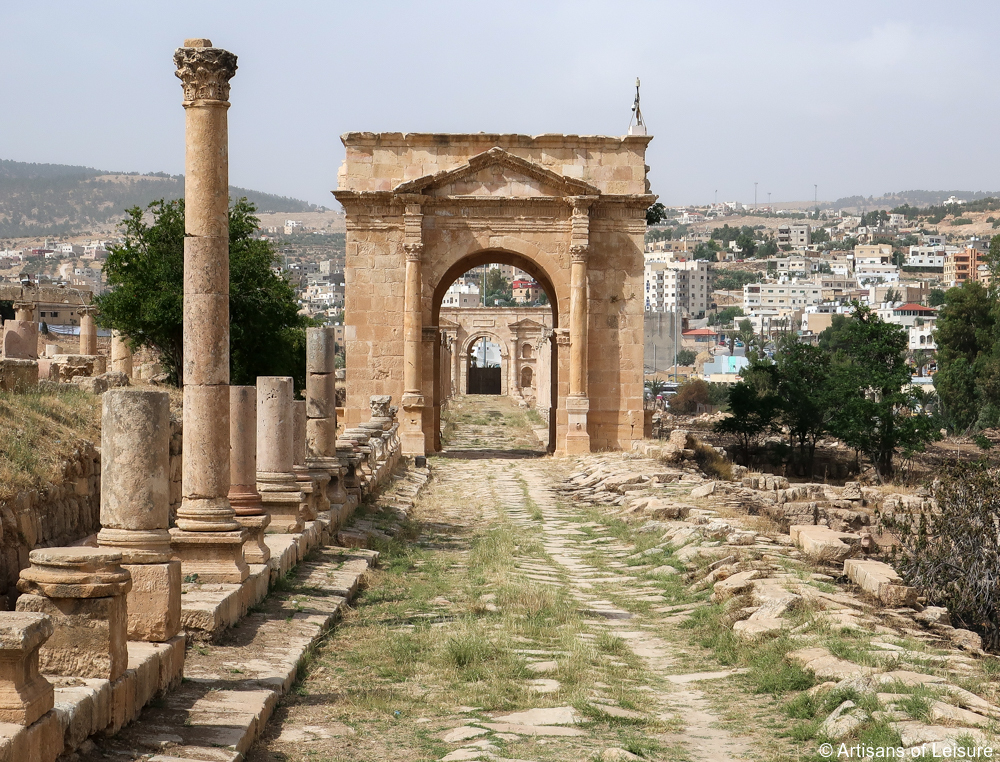 Smaller details such as drains in the road show the sophistication of the urban design. 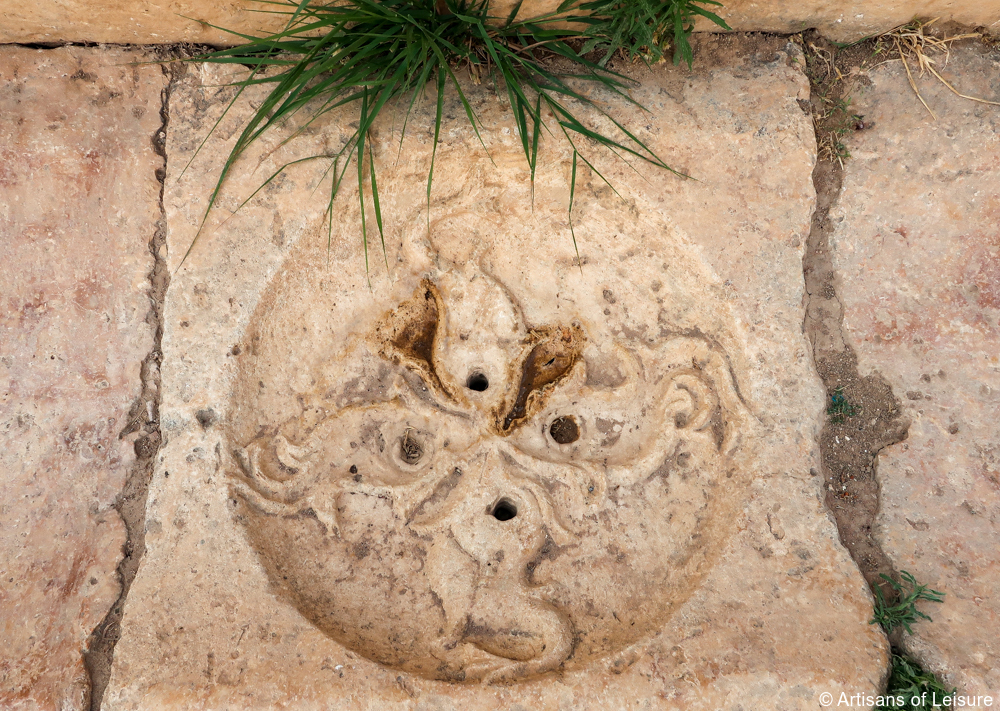 The monumental Temple of Artemis was begun around this time, but it was never completed. Several of the temple’s towering columns remain. 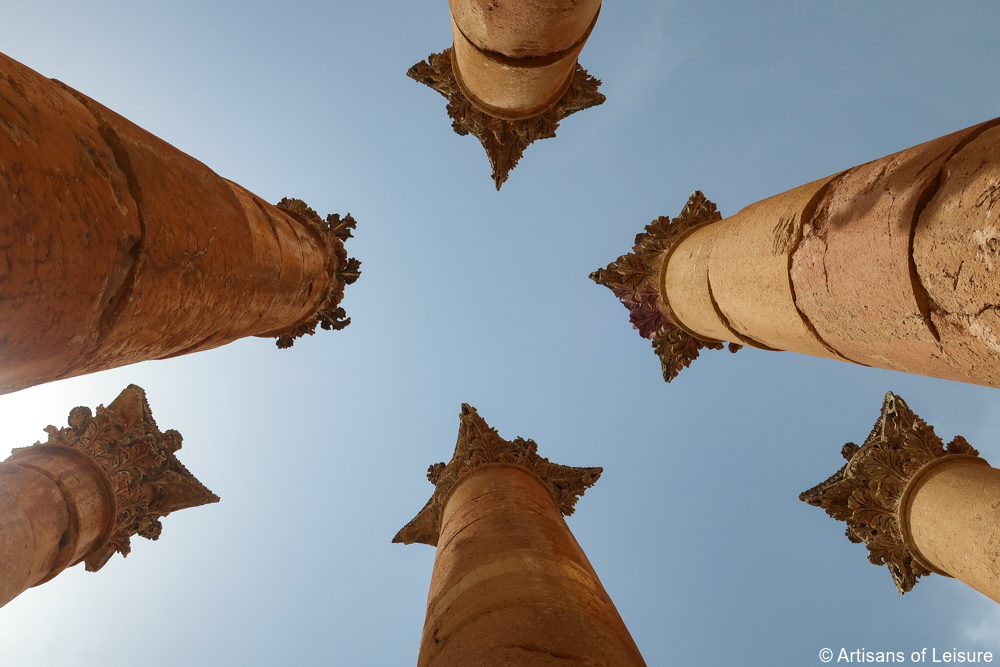 The landmark Arch of Hadrian was erected in A.D. 129 to honor the visit of the Roman emperor to Jerash. 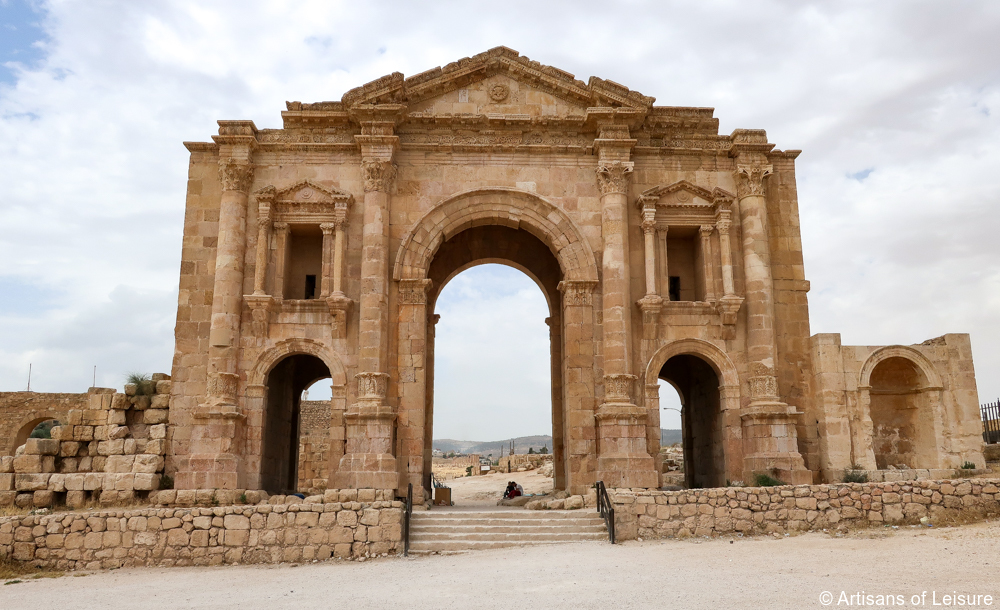 Other remnants of the urban fabric reflect the lifestyle of ancient Jerash. The grand South Theater could hold up to 5,000 spectators. The smaller North Theater offered a more intimate experience. 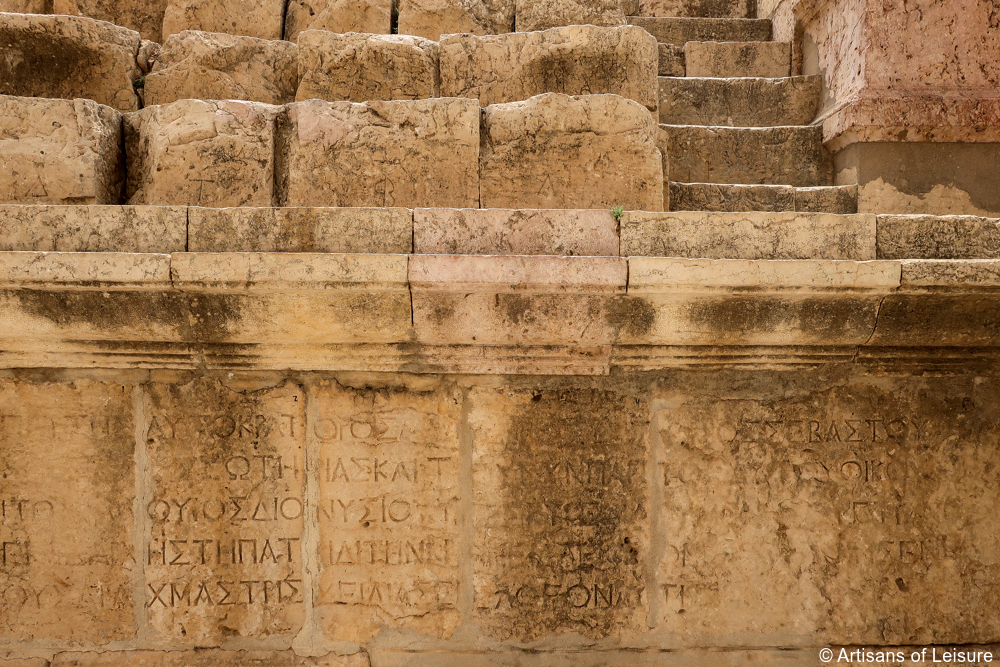 The Hippodrome once held chariot races. Fountains and baths provided spaces for water gathering and ablutions. A necropolis dug into rocks served as the final resting place for many over the centuries. 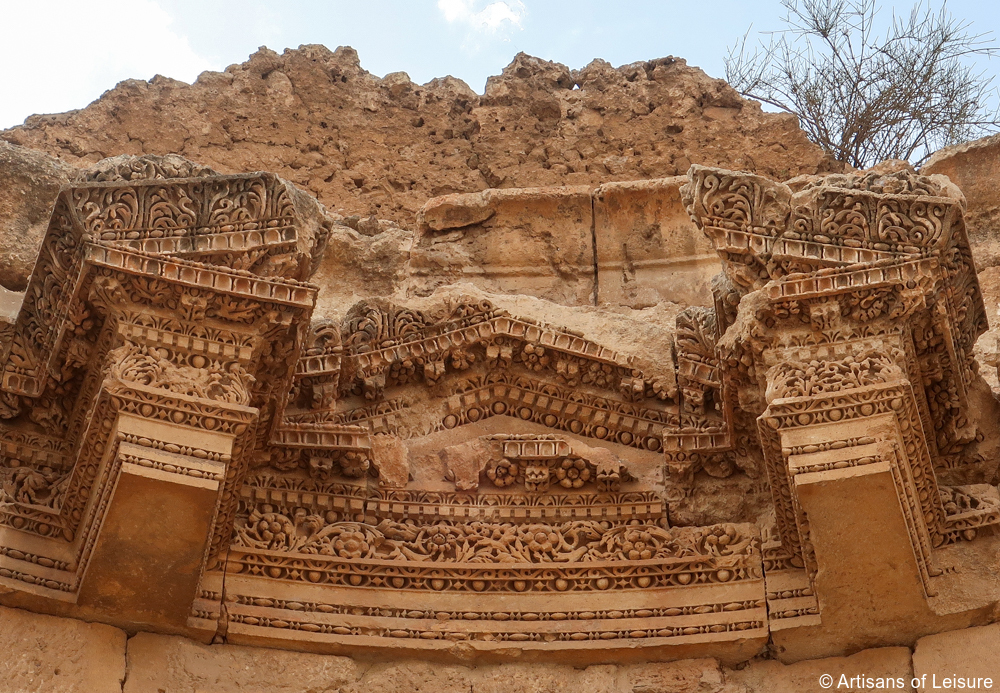 Christian churches with beautiful mosaic tile floors were built as houses of worship during the Byzantine era, reflecting the changing times. 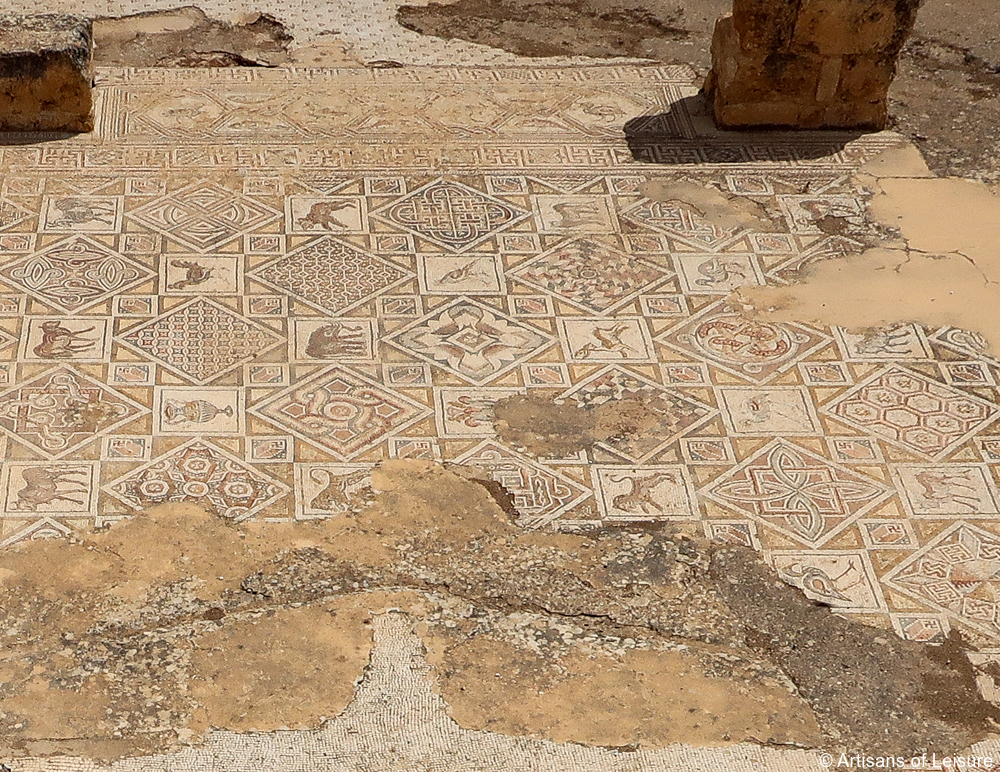 Jerash was weakened by invasions in later centuries and mostly destroyed by an earthquake in 749. Excavations in the archaeological site began in 1925 and are ongoing. 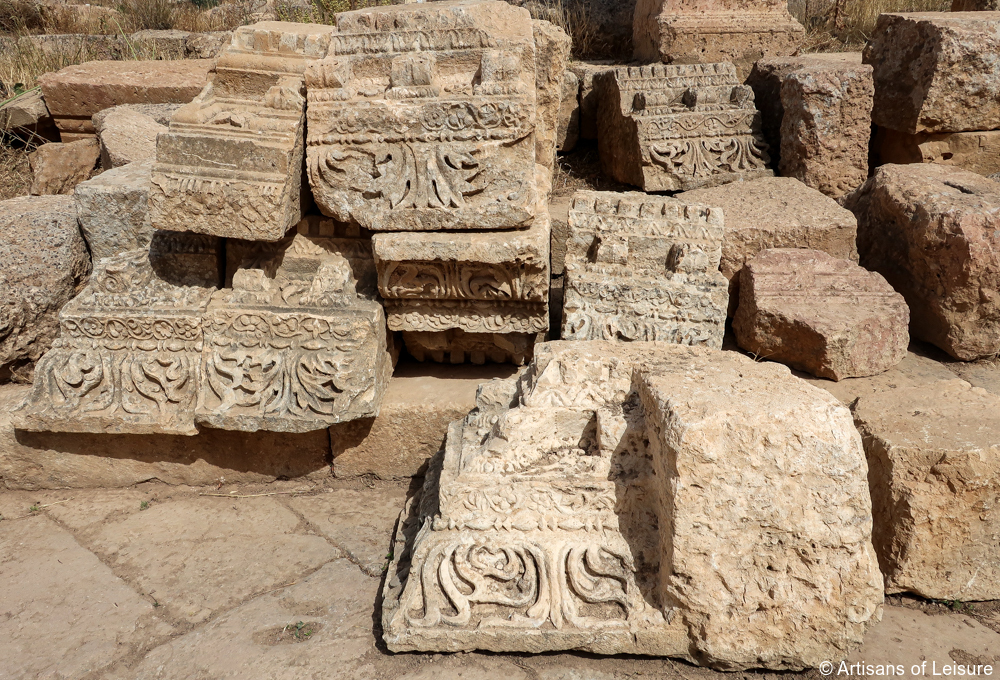 The modest on-site museum has smaller objects related to Jerash. 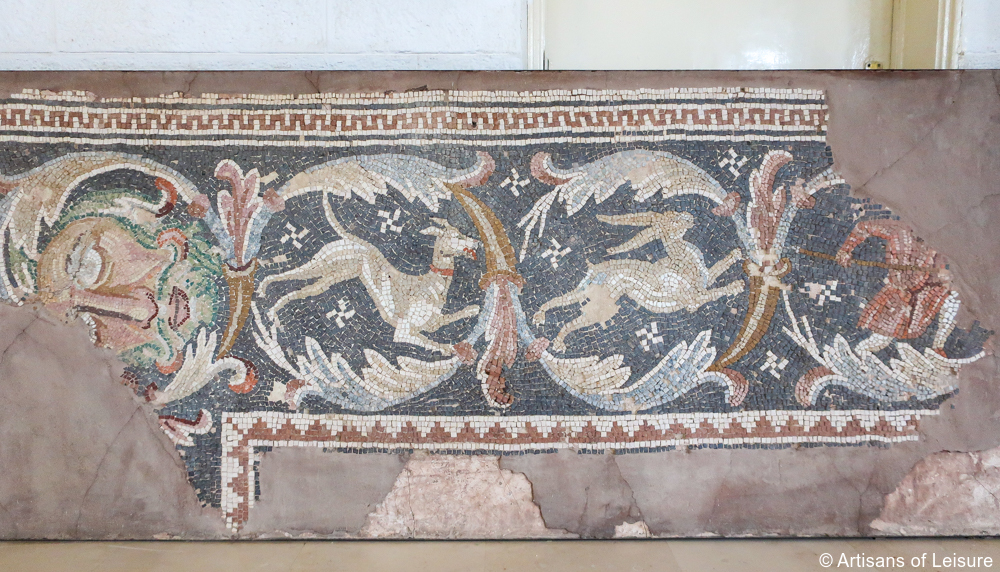 Most Artisans of Leisure private Jordan tours include a private excursion to Jerash. Contact us to start planning a customized tour.