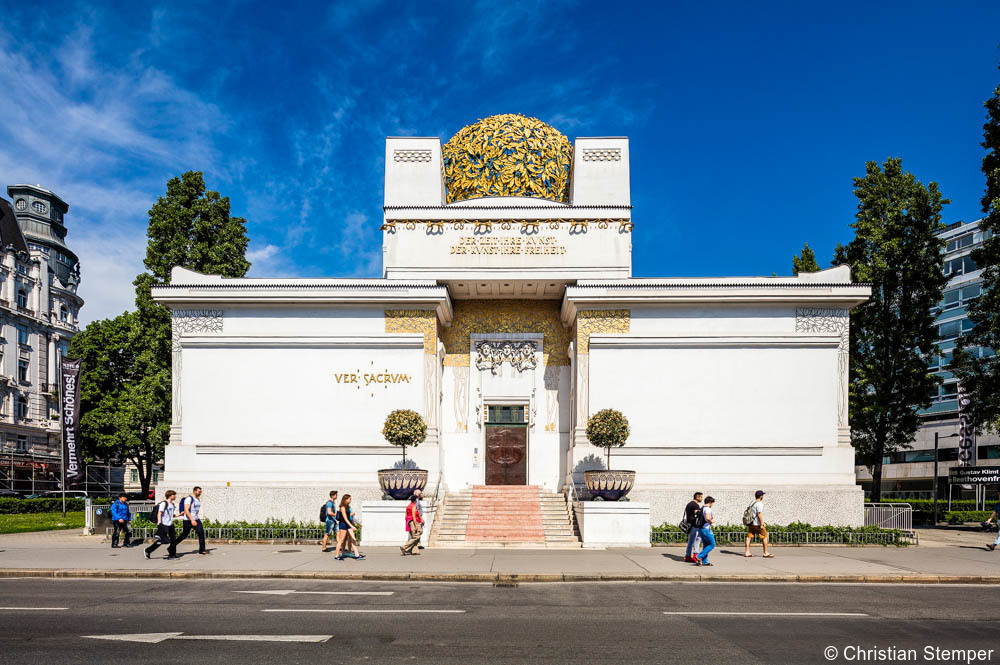 Vienna, Austria’s stylish and sophisticated capital, is one of our favorite destinations for design and architecture touring. 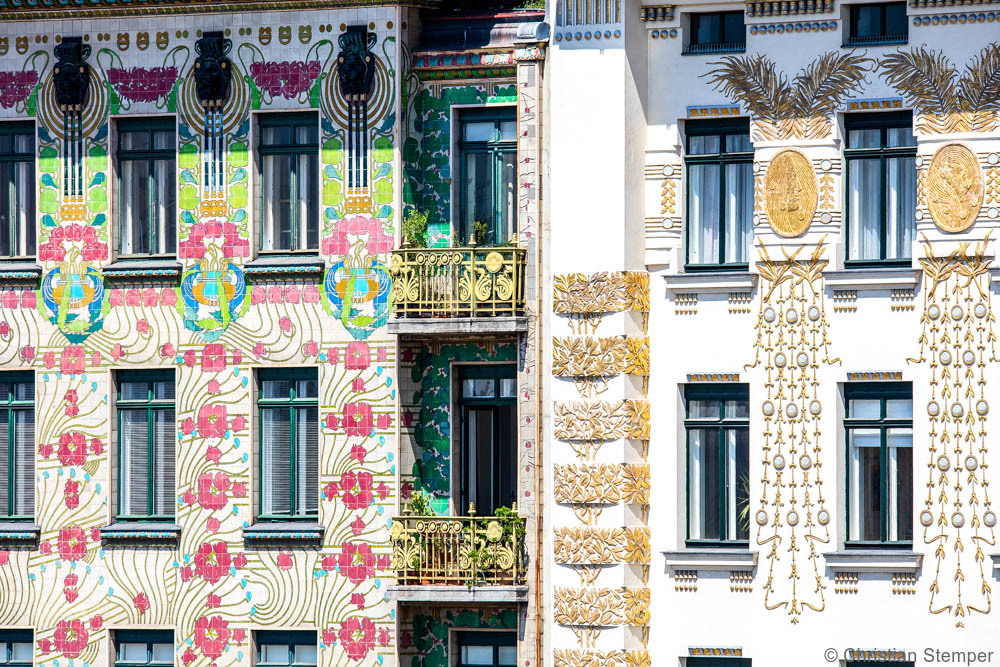 The compact city is a veritable open-air museum of fascinating buildings that reflect its changing styles and power structure over the centuries. 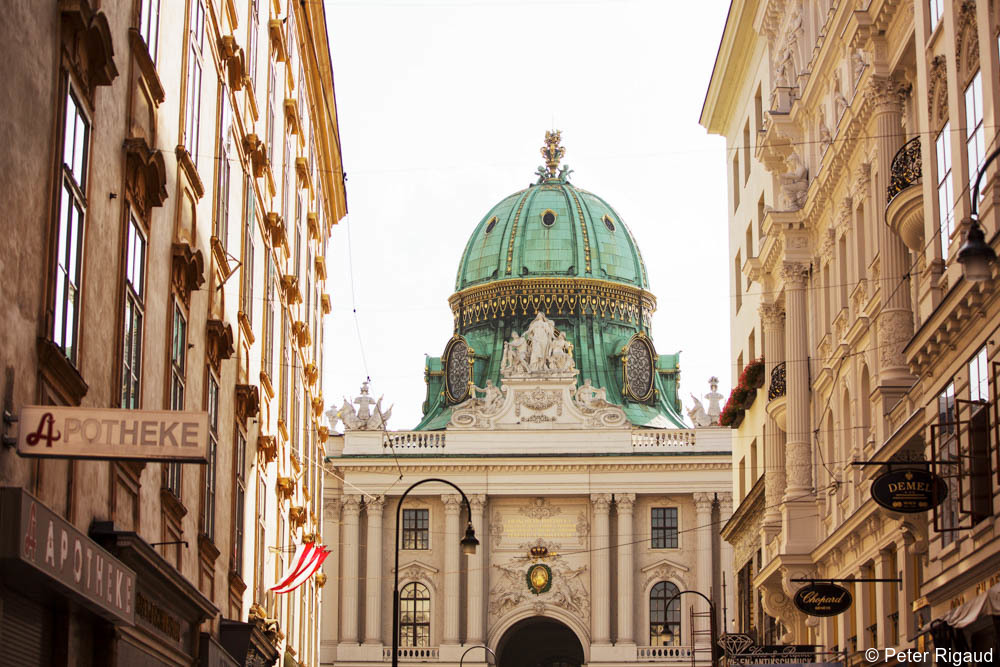 As the former capital of the Habsburg Empire, Vienna has a wealth of Baroque architecture, including beautiful churches and the sprawling Hofburg imperial palace complex. 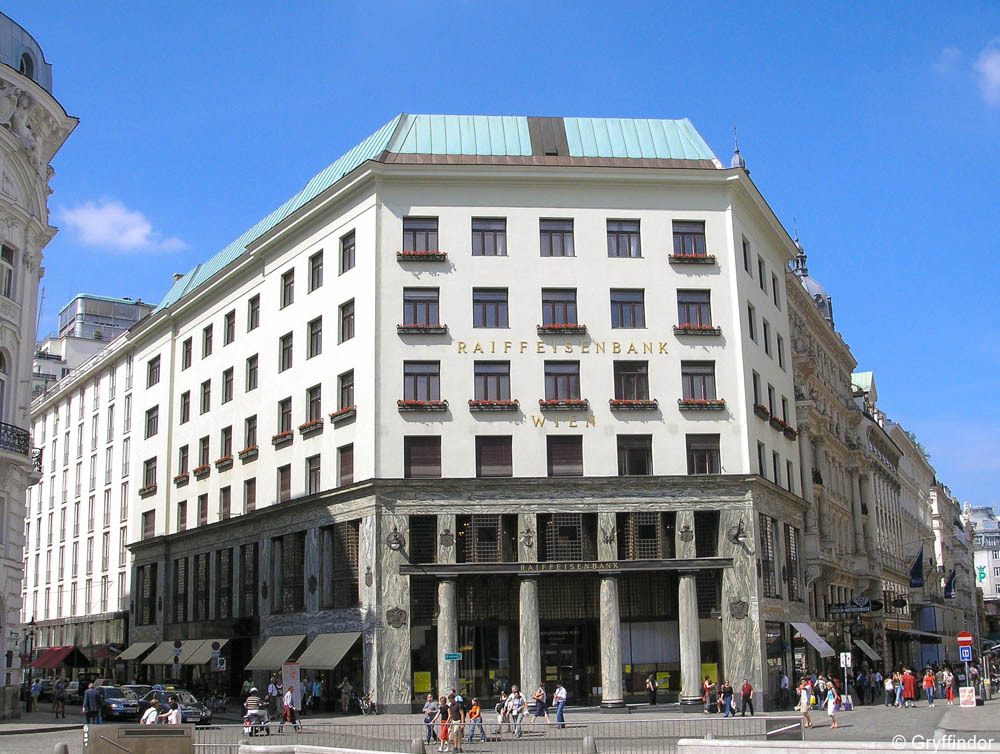 Just across from the imperial palace is the Looshaus, an important modernist building designed by Adolf Loos in 1910 that eschewed the decorative doodads of the Baroque style for a stripped-down look. (Apparently, Emperor Franz Josef hated it.)

An even more striking contrast is between the Haas Haus, a shiny postmodernist structure completed by Hans Hollein in 1990, and—across the street—St. Stephen’s Cathedral. The seat of Catholicism in Vienna, the imposing cathedral has roots in the 12th century and a landmark Gothic tower that rises 447 feet above the historic center. 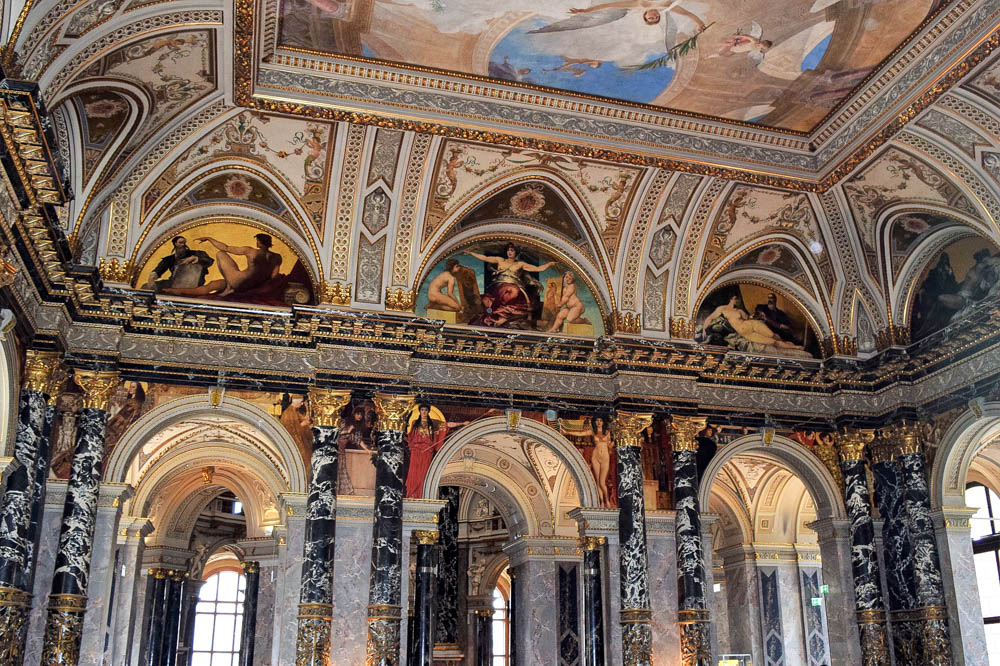 The tree-lined Ringstrasse boulevard running around the city center is peppered with iconic Viennese buildings from the 19th century, including the neo-Renaissance Vienna State Opera, the neo-Classical Parliament, the neo-Gothic City Hall and the palatial Kunsthistorisches (Fine Arts) and Natural History museums. 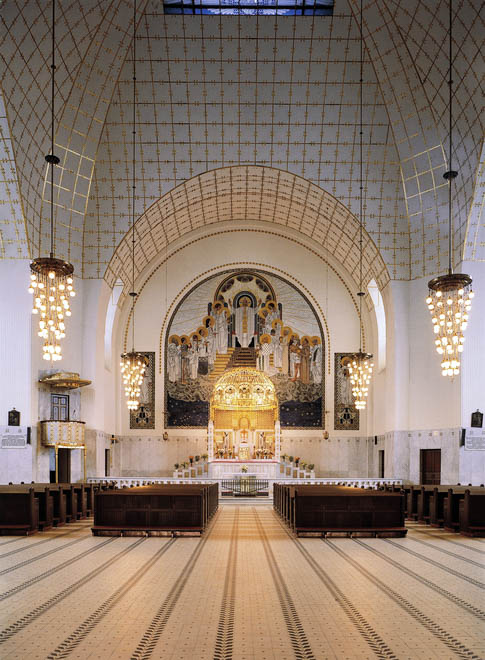 The Vienna Secession broke with this traditionalism in eye-catching designs such as the Secession Building by Joseph Maria Olbrich (1897), with its “golden cabbage” rooftop decoration and frieze by Gustav Klimt, and the much-admired works of Otto Wagner, such as the colorful Majolika House (1899) and the Karlsplatz Stadtbahn Station (1899). 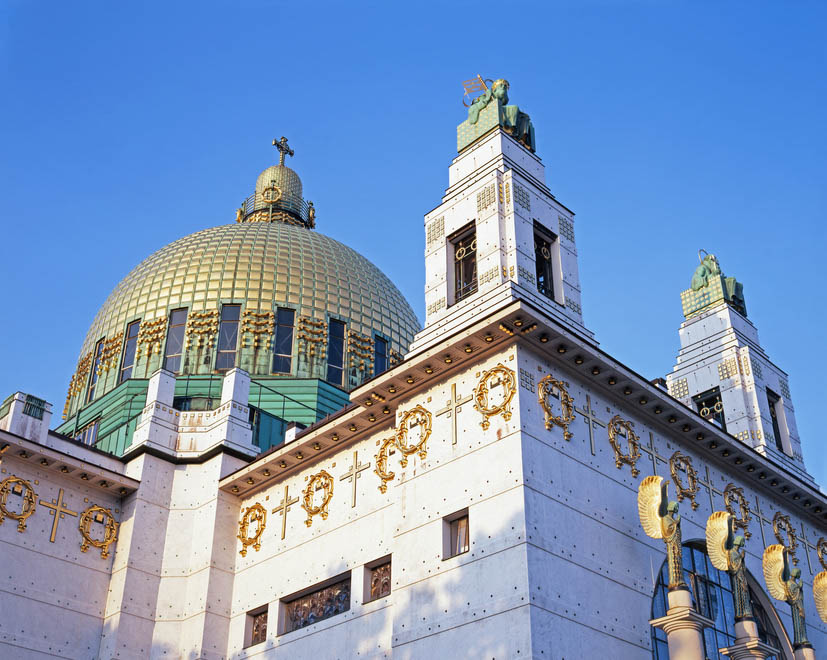 Back on the Ringstrasse, a neo-Renaissance building houses the MAK Austrian Museum of Applied Arts/Contemporary Art, a collection of design, furniture, glass, ceramics, textiles and other objects that capture the trajectory of Austrian and other design over the years. 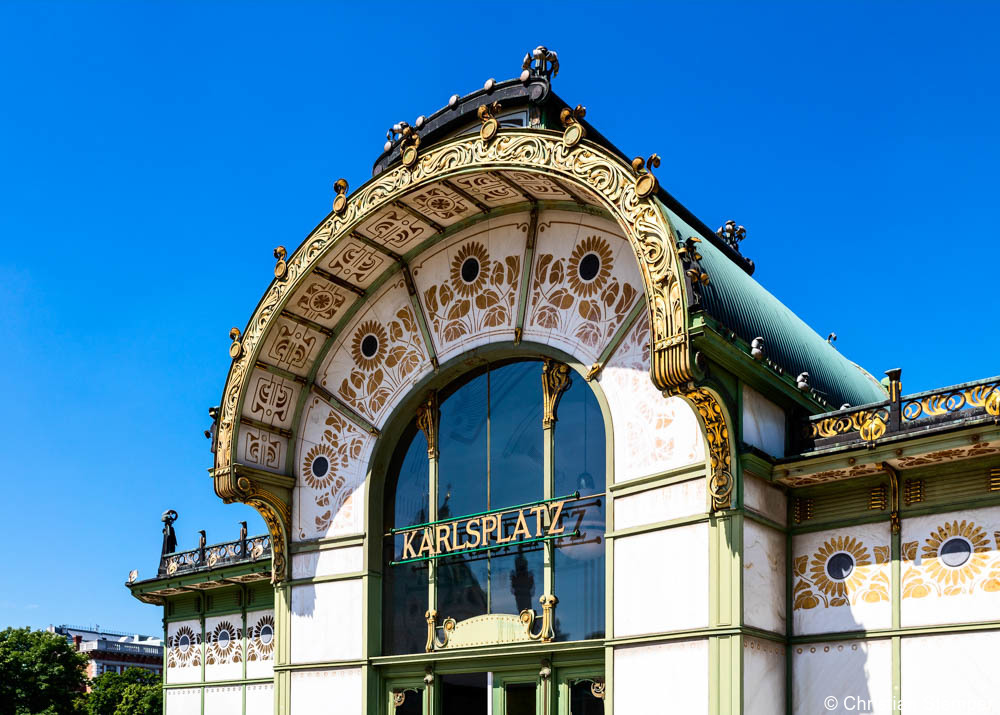 A highlight is a section on the development of Viennese arts and crafts from 1890 to 1938, including works by Josef Hoffmann, Koloman Moser and Otto Wagner. 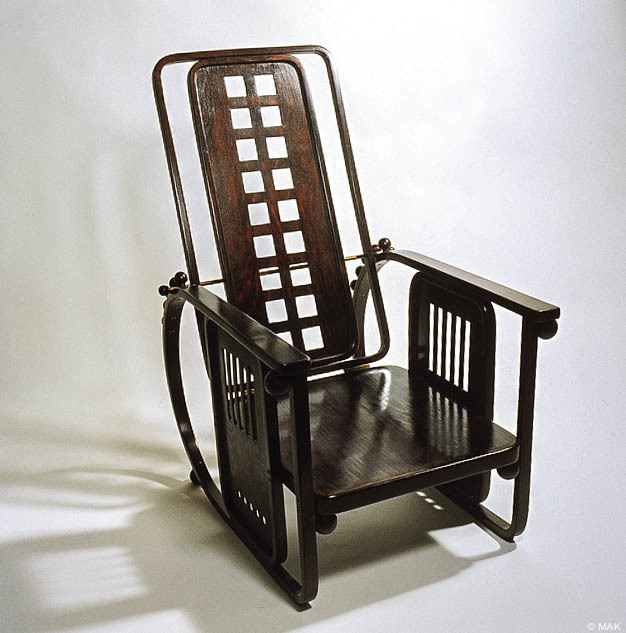 Not far away from the MAK is the Austrian Postal Savings Bank (1904), an important functionalist building also by Wagner. 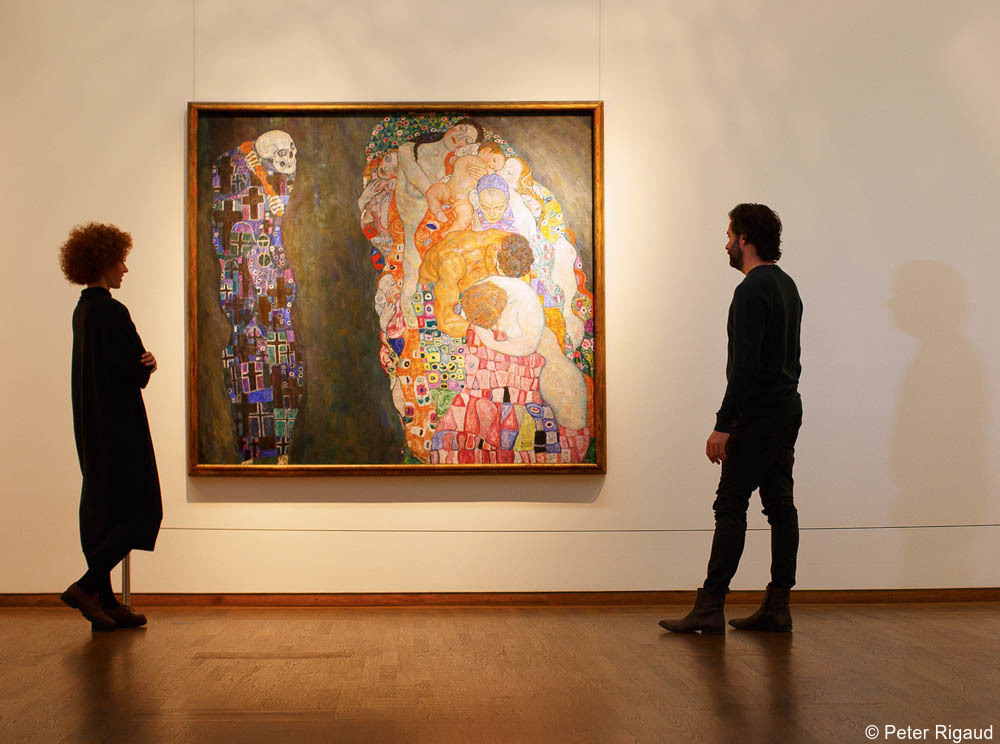 The MuseumsQuartier Wien complex is an interesting juxtaposition of contemporary and Baroque buildings that house institutions such as the MUMOK museum of modern art; Architekturzentrum Wien; and the Leopold Museum, a repository of works by renowned early 20th-century Austrian artists such as Egon Schiele and Gustav Klimt.

The Hundertwasserhaus and other quirky late 20th-century buildings designed by architect Friedensreich Hundertwasser are in a class of their own. Hundertwasser’s playful, multicolored facades often have windows of varying sizes and trees sprouting out here and there. 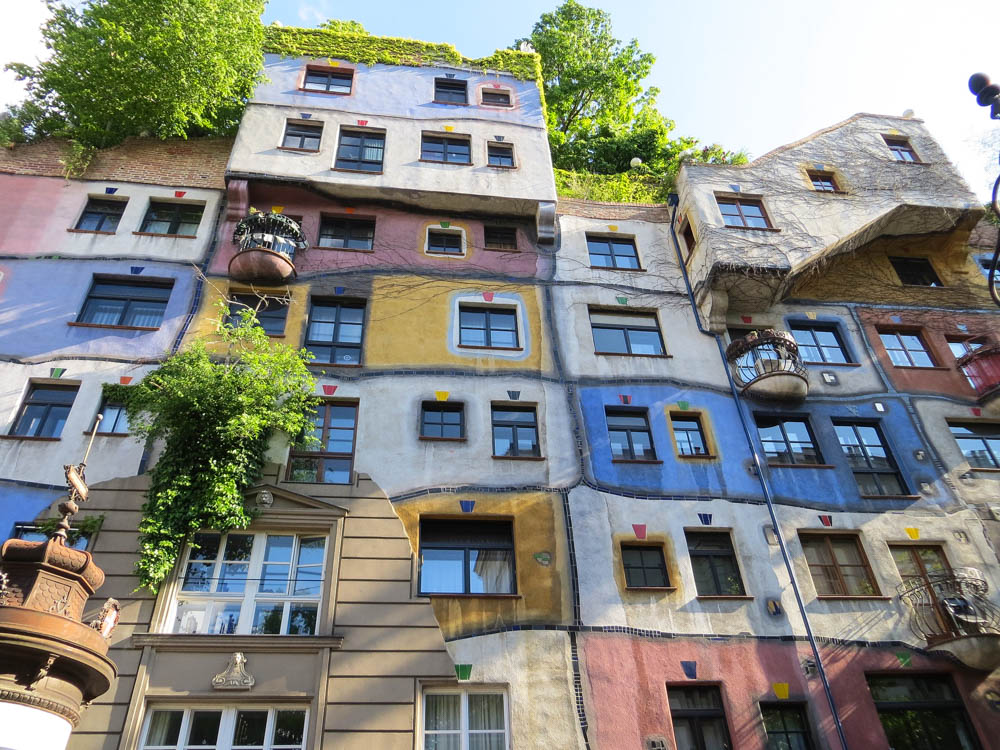 More recent additions to the Vienna cityscape include buildings by Zaha Hadid, CRABstudio and others on the campus of the University of Economics and Business, which is near the Wiener Riesenrad, a renowned 19th-century Ferris wheel in the Prater park. 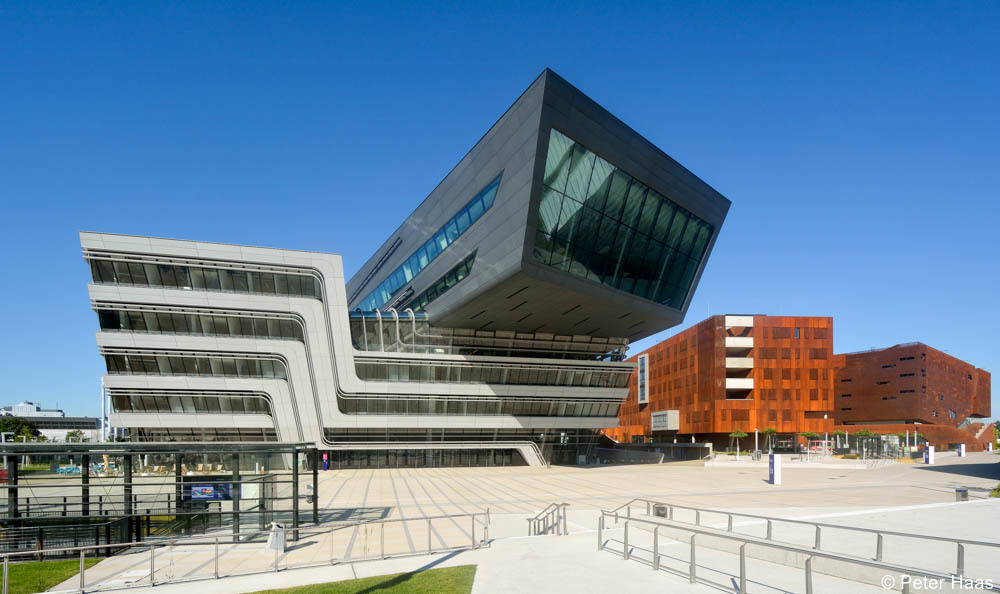 Farther afield are notable architectural destinations such as the Belvedere and Schoenbrunn palaces, UN City, and the Church am Steinhof. 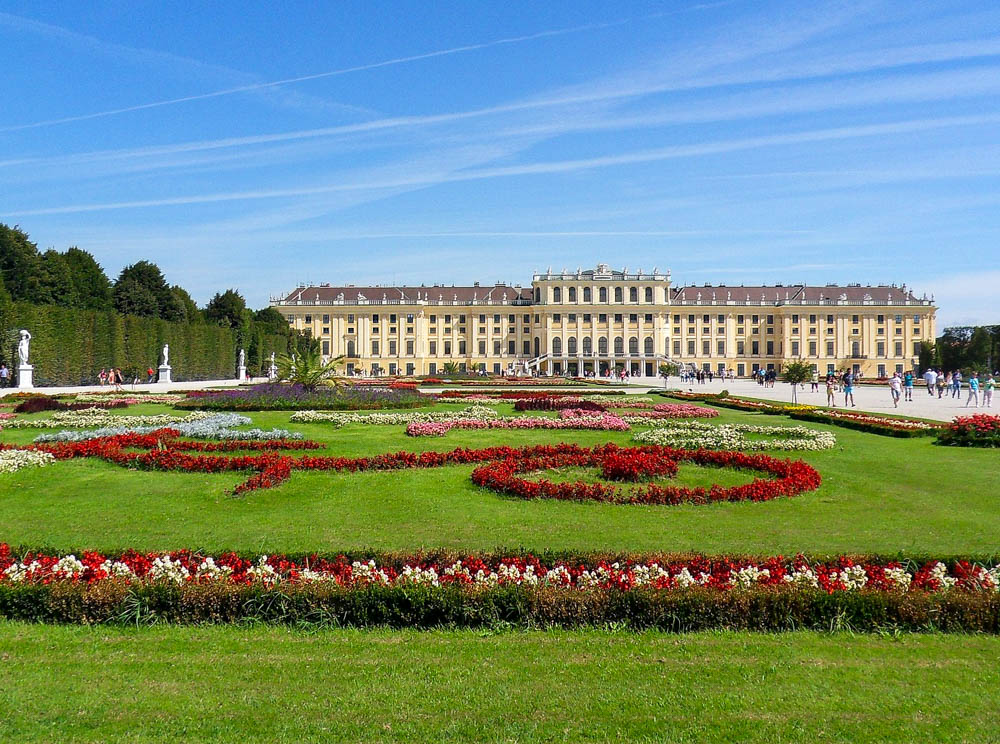 Artisans of Leisure private Austria tours include seeing architectural highlights around Vienna, customized to the degree of interest of the travelers. We can also include architecture and design touring in other destinations in Austria, such as Salzburg and Graz. Contact an Artisans of Leisure Europe specialist to start planning.