The Douro Valley and Porto, Portugal

Portugal’s dramatic Douro Valley is a UNESCO World Heritage Site of steep hills covered in vineyards extending down, row by row, to the Douro River. The planting patterns form intricate designs in the hills, which are best viewed during a slow cruise up the river in a vintage wooden boat. 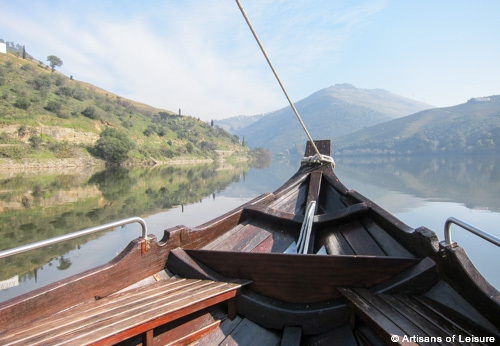 Between the vineyard terraces, the landscape is dotted with stone quintas or farmhouses, the base of operations for the production of the region’s famous Port wine. Port has officially been made here since the 17th century, though wine grapes had been grown in the region even before the Romans arrived in the first century A.D. 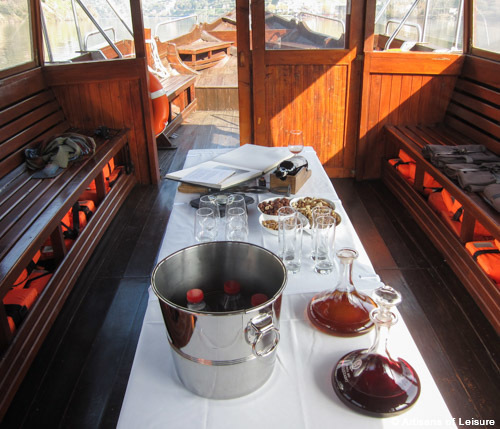 Private tastings of the premium Ports produced by the region’s most esteemed houses are an essential part of a visit to the Douro Valley. 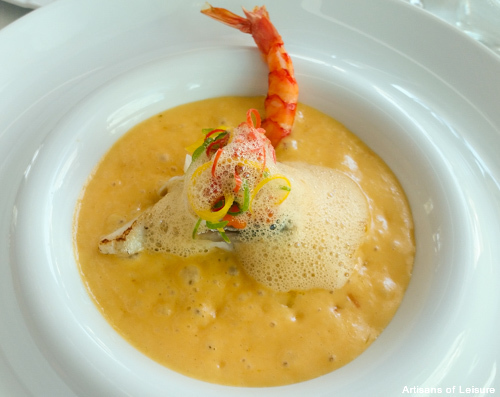 Gastronomy is another highlight of the Douro Valley, particularly a visit to the restaurant DOC, one of three owned by Rui Paula, a renowned Portuguese chef. The menu features classic dishes reimagined, such as a rich version of a Portuguese fish stew. On days with favorable weather, guests can dine on the restaurant’s deck, which overlooks the river. 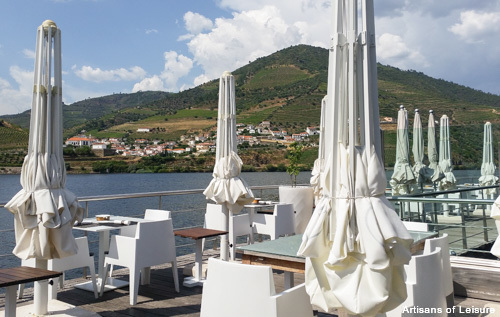 Since opening in July 2015, Six Senses Douro Valley has become the place to stay in the region, due to its beautiful setting and slant toward wellness. Six Senses resorts are known for their spas, and the spa at this resort is no exception, with treatments such as a detoxifying scrub of seaweed, salt and lemon followed by a wrap of seaweed, eucalyptus and rare fossil mud. 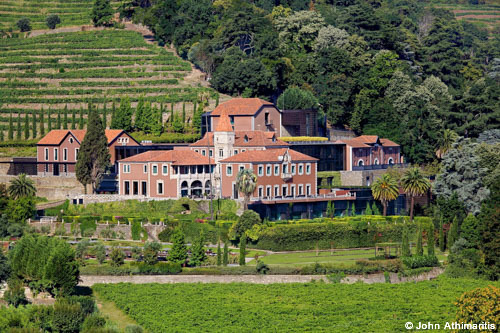 The resort also has an integrated wellness program that relies on a special machine to quickly and easily analyze guests’ bodies and then recommend dietary changes and specific spa treatments and activities.

Meals at Six Senses Douro Valley are by no means spartan, but there is an emphasis on using fewer saturated fats and less sugar while maintaining flavor, as in a dish of red mullet with quinoa. 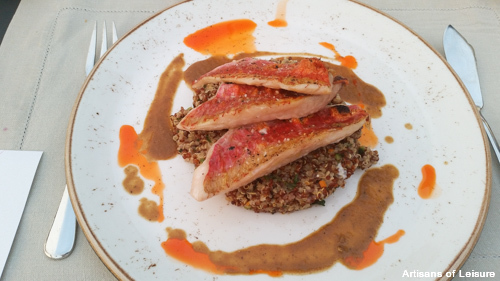 Farther down the Douro River, near where it empties into the Atlantic Ocean, is the city of Porto, the second-largest city in Portugal and the capital of Port wine. Wine tasting is also a draw here, where 22 Port producers have wine lodges or tasting rooms. 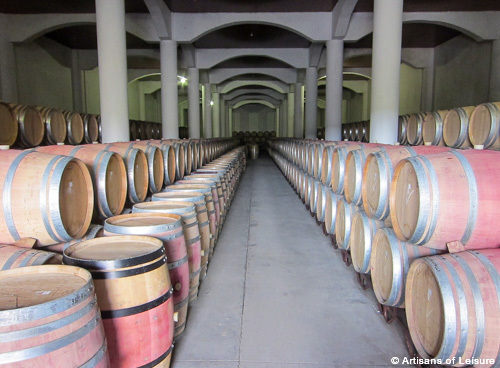 There are also very special sights around Porto that are unrelated to wine. Admirers of azulejos will enjoy seeing the traditional tiles decorating walls all over the city, including the exteriors of churches such as Igreja dos Carmelitas Descalcos. 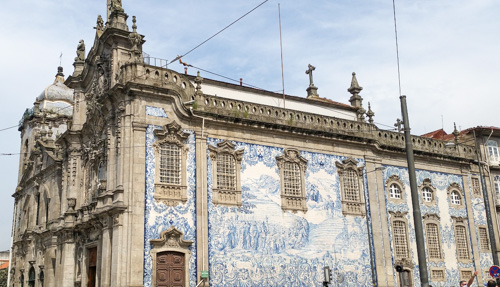 Livraria Lello is a beautiful bookstore with elaborate carved wood decoration. J.K. Rowling, who once lived in Porto, frequented the bookstore and drew inspiration from its fanciful winding staircase for her Harry Potter book series. It’s also a great place to buy books in many different languages. 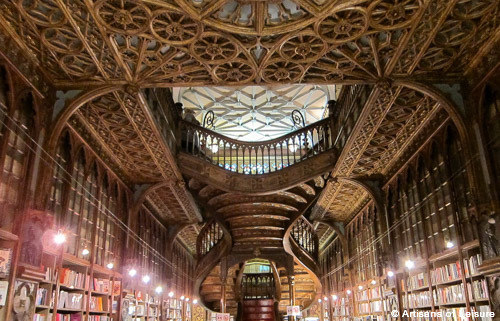 Porto itself is a beautiful sight—with the Douro River running through its UNESCO World Heritage-designated historical center—particularly when viewed from the terrace of The Yeatman, the best hotel in the city. 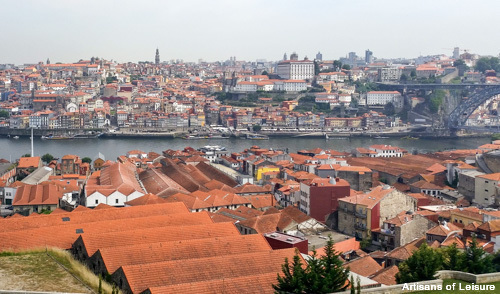 Contact Artisans of Leisure to begin planning a private and luxurious food, wine and culture tour of Portugal. 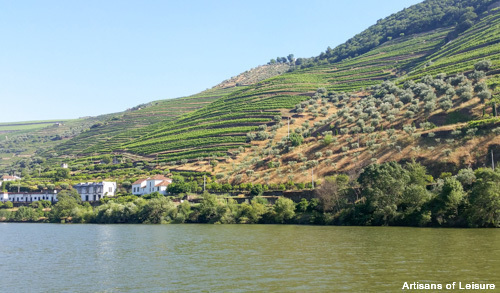