The 5 Best Ancient Ruins in Turkey

We recently returned from a private luxury tour of Turkey that featured the some of the best ancient ruins in the country. Here are some of our favorite sites we visited with an expert local guide who brought the ruins and history to life. 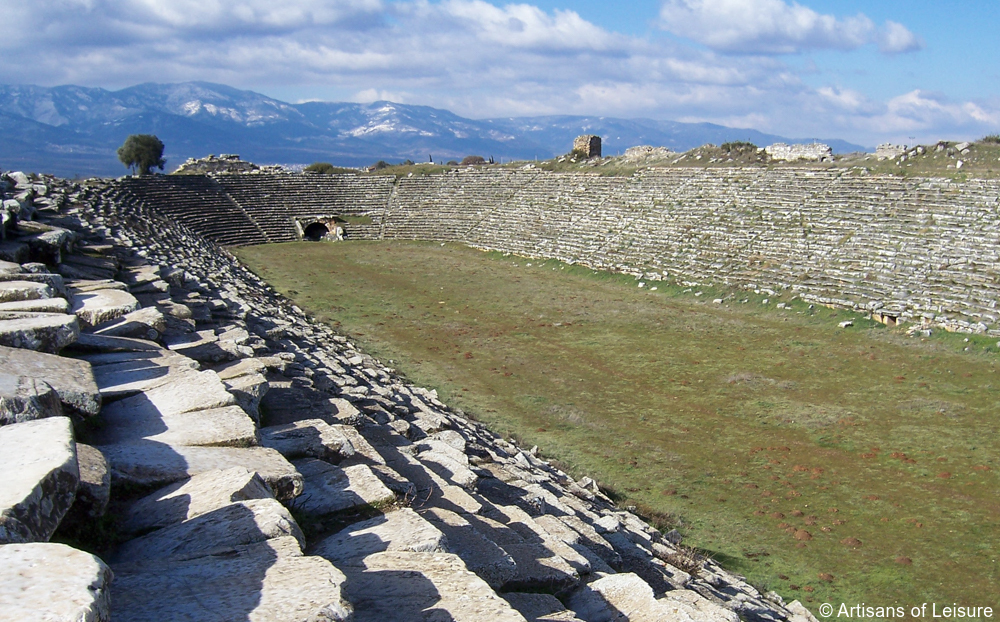 1. The Stadium Aphrodisias
The ruins of the ancient Greco-Roman town of Aphrodisias, particularly the stadium, are in amazing condition. There are usually very few, if any, other tourists, so you can really feel transported back in time. The stadium dates to the 1st century AD and is one of the largest and best-preserved of its kind in the Mediterranean. Upon closer inspection, remnants of sporting equipment can be found as well. The authenticity is overwhelming when you realize that you are in the middle of Turkey, miles from the nearest city, with nothing to stop you from tracing the very footsteps of some of the earliest civilized peoples. 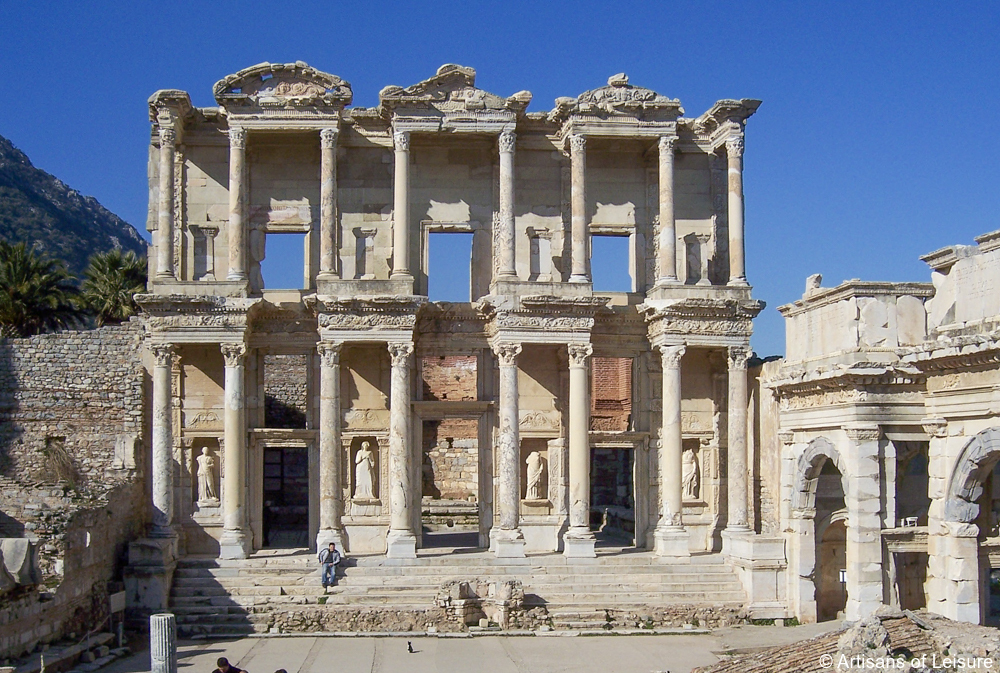 2. The Celsus Library at Ephesus
This is one of the most memorable sites in Turkey. Dating from the early 2nd century AD, the Celsus Library is a magnificent monument to the wealth of ancient Ephesus. During a walk through the city ruins, it is obvious that the original residents of Ephesus must have lived in relative opulence for their time. It doesn’t take much imagination to see the structures as they once were, full of artistic detail and even a few modern amenities. Not only does the city have the two-storey Celsus Library and remains of houses with frescoes intact, but a row of open-air toilets shows that even the earliest plumbing was fairly advanced in ancient Ephesus. 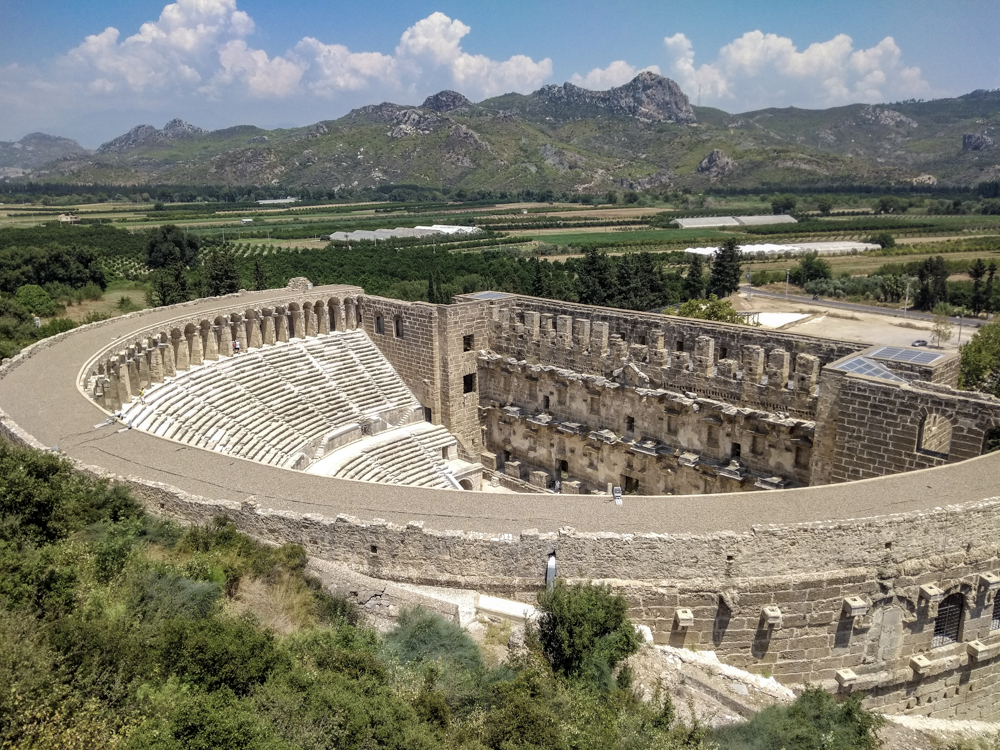 3. The Theater at Aspendos
Near Antalya, this incredibly preserved ancient theater is a wonder of early engineering and acoustics. Not only does this structure still stand, but it continues to be used for live performances! 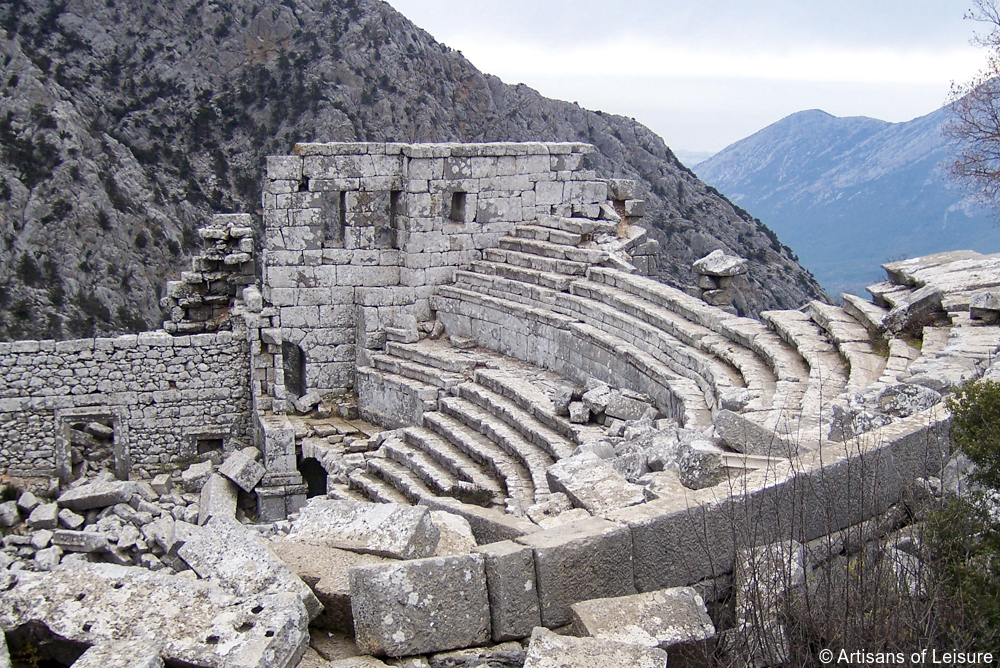 4. Termessos
Termessos is one of the best-preserved ancient cities in Turkey. Located in the Taurus Mountains near Antalya, Termessos today contains notable ruins including temples, city walls and a necropolis. Our favorite is the theater where travelers can can take in views of the Mediterranean and enjoy the fresh mountain air. The hike to the theater takes less than an hour, but it will surely make you appreciate the fact that the ancient construction workers had to haul all the stones uphill. 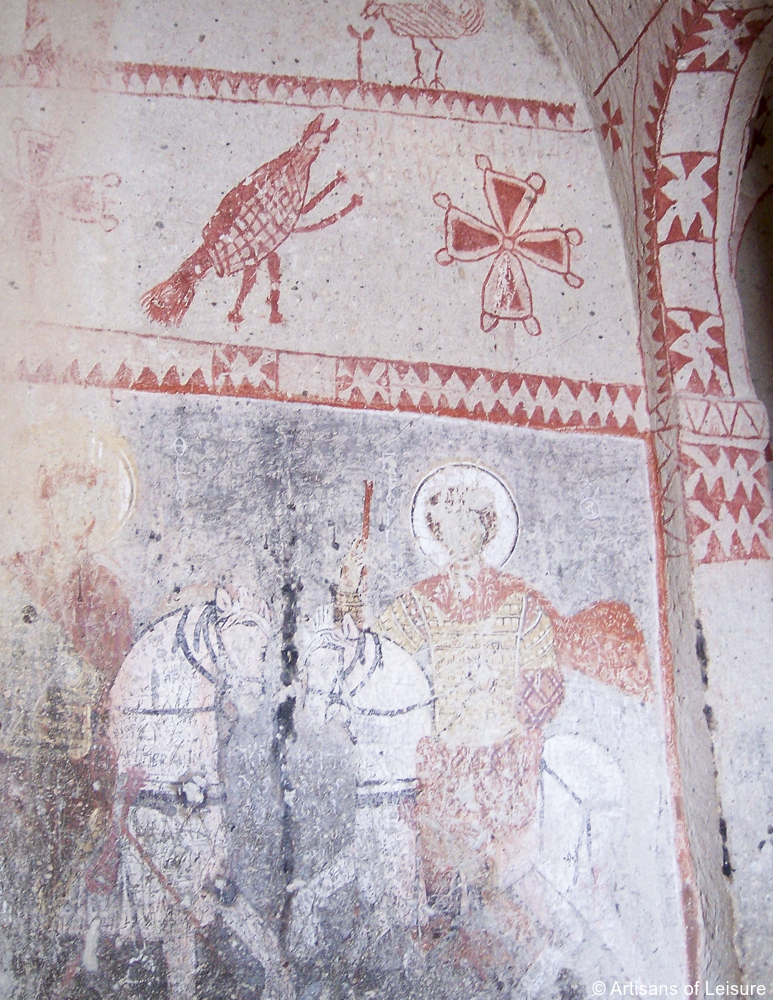 5. The Caves of Cappadocia
Cave dwellings provided a natural hiding place for persecuted Christians, and 5th-century frescoes depicting Biblical scenes can still be seen inside today. For early Christians, the caves provided an inconspicuous shelter that was warm in the winter, cool in the summer, and a great place to make wine! Local wineries continue to use the same process, and we often incorporate wine tasting during our private tours in Cappadocia. 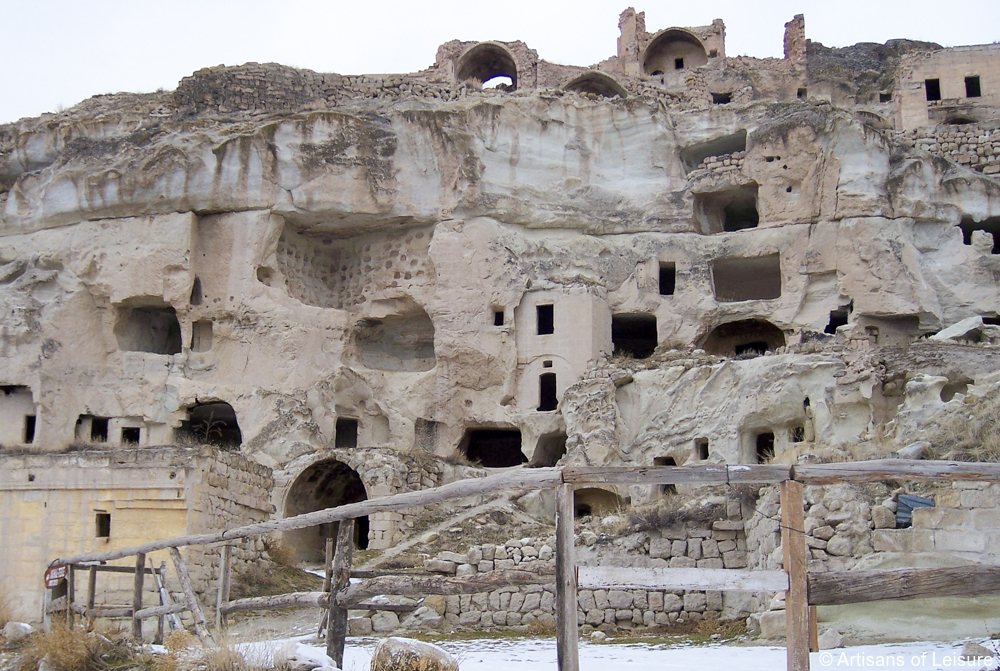 Contact Artisans of Leisure to begin planning a private luxury tour of Turkey that includes excursions to our favorite ancient sites.