One of our favorite ways to experience Sicily’s unusually complex history is through its delicious food and wine. 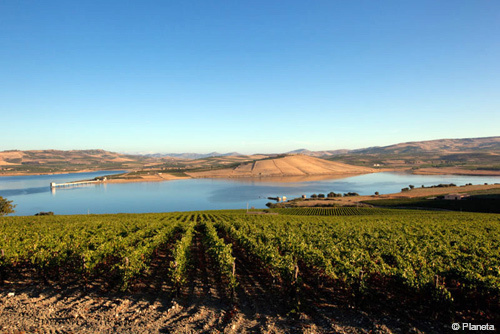 The beautiful Mediterranean island has been colonized, invaded and controlled by many different groups over the centuries, including the Greeks, Romans, Normans, Arabs and Spanish. Each wave of people brought its own ingredients and culinary traditions. The Greeks introduced olives and grapes. The Arabs planted sugarcane and oranges. The Spanish imported chocolate, tomatoes and peppers from the New World.

Wine is another highlight of Sicily’s culinary scene. Winemaking on Sicily dates from at least the time that the Greeks arrived in 750 B.C. But over the last decade, the island’s vineyards have been getting special attention from innovative producers and curious consumers. Sicily now has over 20 DOC regions (an indication of quality), including one on Mount Etna. Nero d’Avola—a flavorful red wine grape that’s one of the 19 varieties native to Sicily—has become the island’s best-known varietal. Some of the Sicily’s other typical wine grapes include reds such as Frappato, Perricone and Nerello Mascalese, and whites such as Ansonica, Catarratto, Malvasia and Trebbiano. While some grapes are made into varietals others are blended to make popular Sicilian wines such as Marsala, Cerasuolo di Vittoria and Bianco d’Alcamo. Grapes with perhaps more familiar names such as Merlot, Syrah and Chardonnay have also begun to appear in Sicily’s vineyards.

On our private Sicily tours, including our new Culinary Tour of Sicily and our Art & Culinary Tour of Sicily, we introduce our travelers to Sicilian flavors—from the ever-popular granita (flavored shaved ice) to the more adventurous pane con la milza (spleen sandwich)—at restaurants, food shops and food stalls.

Culinary touring can also be incorporated into any of our private Sicily tours, which focus on Sicily’s incredible cultural attractions (including unique architecture and stunning archaeological sites) and beautiful resorts.

Contact Artisans of Leisure for more information and to start planning a private culinary tour of Sicily.